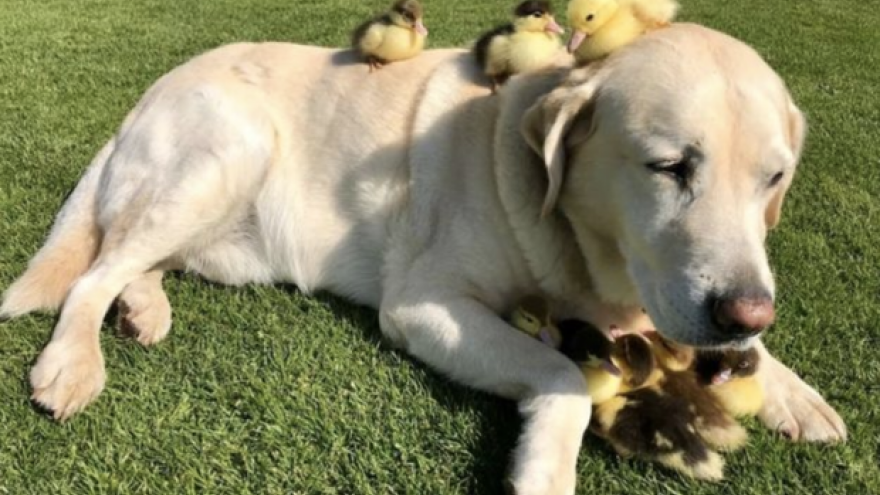 It turns out Prince Harry and Meghan Markle aren't the only public figures warming hearts in the British countryside this week. A dog named Fred, who lives in Essex -- less than 100 miles from Sussex, the historic county of which Harry and Meghan were just named duke and duchess -- has catapulted to internet stardom for starting a "modern family" of his own.

Fred, a 10-year-old Labrador, decided to "adopt" 9 little ducklings -- and the brood is adorable. Fred is looking after the chicks at Mountfitchet Castle, a tourist attraction near the town.

When the ducklings were discovered on the castle grounds, their mother was nowhere in sight. But then Fred took them in as if they were his own. Now, the 9 ducklings love to ride on Fred's back and cuddle up to him. And because ducks need to swim, Fred often takes them to the castle's moat for a dip.

The castle is home to a number of rescued animals, but Fred is "the resident dog," the BBC reports. "He's got a lovely nature and has grown up around rescued animals," said Fred's owner, Jeremy Goldsmith. So, it was a natural step for Fred to take the ducklings under his wing -- or rather, paw.