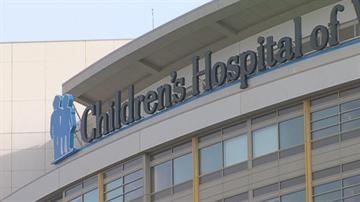 WAUWATOSA -- Scrolling through pictures of his daughter and newborn son, Chris Smith asks the same question about Adrian Peterson's child abuse case many others already have.

\"Gives me that uneasy feeling in my stomach,\" Smith said.  \"Just, how could someone do that?\"

Smith grew up in a large family where spanking was a fairly common form of discipline.  Now, a parent himself, Smith and his wife try to avoid the practice.

\"If I feel the need to spank [my daughter], I need to remove myself from that situation calm down and then reassess,\" Smith said.

\"We see a lot of this, in fact, we've seen an uptick recently,\" Dr. Lynn Sheets said.

Dr. Sheets runs the hospital's Child Advocacy and Protective Services.  She points to a struggling economy and rash of violence in Milwaukee as major factors that lead to abuse.

\"If you leave a bruise or a scratch or a welt, you've really crossed that line,\" Sheets said.

\"Most people resort to what they had done to them and they came out OK, so it's going to take a  real, conscious paradigm shift,\" Sheets said.

That's where Joyce Felker and The Parenting Network come in, encouraging parents to use non-physical discipline like time outs, taking away toys and taking time to cool down.

\"Discipline is actually teaching,\" Felker said.  \"It's helping children learn how to communicate, learn how we want  them to behave.\"

Felker says finding a way to communicate with your child is the most important step a parent can take.  She says that allows parents to recognize when I child is expressing feelings and gets children to better explain what's wrong.

\"Will certain types of discipline or consequence get a short-term result,\" Felker said.  \"Sure, but in the long run, what have they learned?\"