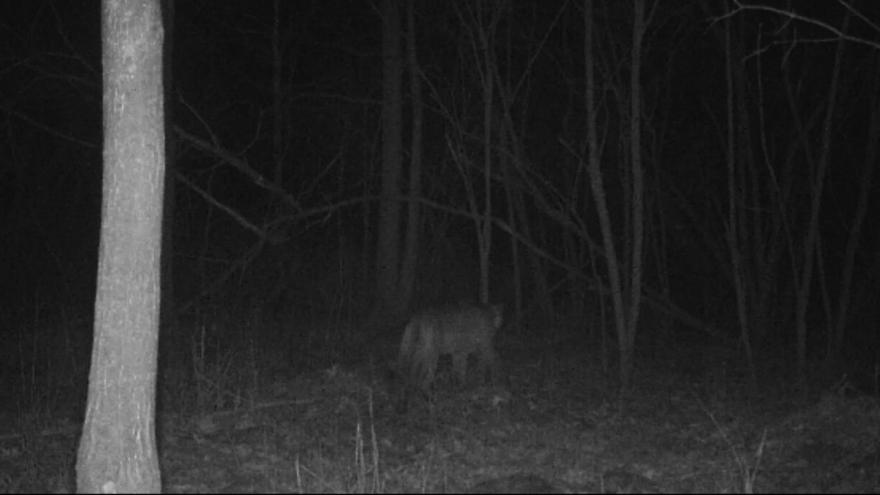 COLGATE, Wis. (CBS 58) – Trail cameras helped a family capture footage of a suspected cougar not once, but twice right behind their home.

Alex Gintner captured the images of a suspected cougar on two separate occasions. Once on March 12 and again on Friday, March 23. The DNR has confirmed 10 cougar sighting since the beginning of the year.

It’s been spotted in Brookfield, Menomonee Falls, and most recently in Colgate.

Cougar has residents in Menomonee Falls on high alert

On Monday, the DNR was trying to confirm the latest sighting, looking for any tracks and marks that could help them track the cougar.

The DNR says there’s no immediate threat but they are advising homeowners to stay vigilant.

“Suburban areas of southeast Wisconsin, like other areas of the state, have very healthy deer population. Deer are the natural, primary prey for cougars. It may be that this animal has found deer in the area and that may be part of the reason it’s sticking around,” said Large Carnivore Specialist Scott Walker.

“If people get sightings of it somewhere else, it’ll put me more at ease. I’ll check my cameras more often. I’m going to go out and put new batteries in all of them,” said Gintner.

The DNR is asking anyone who captures footage or images of the animal to contact them.