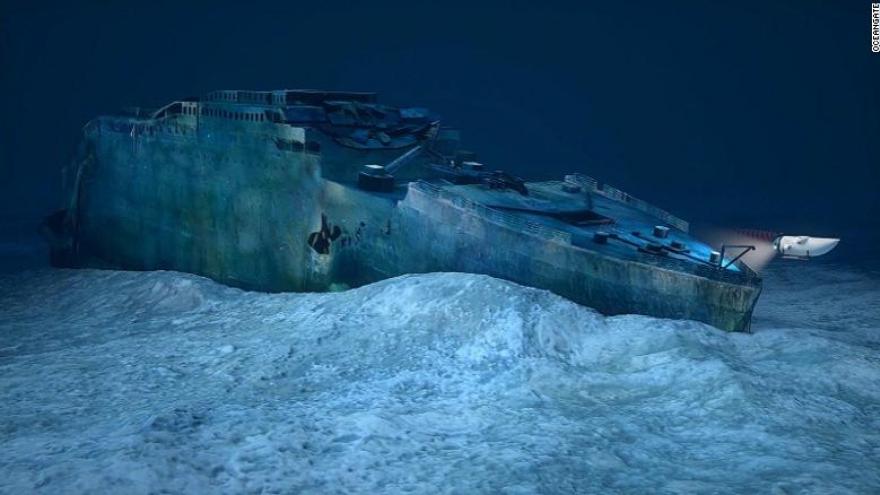 (CNN) In 1912, a trip on board the Titanic was the ultimate in luxury travel.

More than a century later, it still is.

Deep-pocketed tourists will once again get the chance to glide along the Titanic's deck when London-based travel company Blue Marble Private begins dives to the wreck site in May 2018.

Interest in the 20th century's most famous maritime disaster has remained high since Robert Ballard and his team discovered the remains of RMS Titanic almost 32 years ago.

However, this could well be one of the last opportunities to visit.

A 2016 study claimed that a recently discovered "extremophile bacteria" could eat away what's left of the famous shipwreck inside 15 or 20 years.

Blue Marble Private's eight-day journey sets off from Newfoundland, Canada, and will transport visitors in a purpose-built, titanium-and-carbon-fiber submersible to the mighty vessel's final resting place, more than two miles below the surface of the Atlantic.

The first voyage is already fully booked, despite the experience costing $105,129 per person.

Blue Marble Private declares in its press release that this is the equivalent (after inflation) to a first class passage $4,350 on RMS Titanic's inaugural -- and only -- voyage from Southampton, England, to New York.

Which makes for a nice irony, but is almost twice as much as the $59,000 Deep Ocean Expeditions charged when it last brought tourists to the site in 2012.

So what do you get for your dollars?

A fancy title: Clients are known as Mission Specialists and will learn to assist the expedition team in the submersible and aboard the expedition yacht.

The opportunity to spot weird and wonderful bioluminescent critters during the 90-minute descent.

Three hours exploring the remains of the 269-meter-long ship, taking in the deck, the bow, the bridge and the cavern where the grand staircase was once located.

"During the dive, your crew may conduct 3D and 2D sonar scans or search for one of the ship's giant boilers, enormous propellers, and other landmarks of this famous vessel."

Los Angeles-based luxury concierge firm Bluefish is also taking reservations for Titanic expeditions for 2018-19, but has yet to confirm itinerary and price.

That's all very well for deep-sea divers, but what if you're a hardcore Titanic enthusiast who's afraid of seawater?

China is currently building a life-size replica of the doomed ship in landlocked Sichuan province, more than 1,200 kilometers from the sea.

The multi-million dollar project will include reproductions of the original Titanic's features, including a ballroom, theater and swimming pool, and will be permanently docked in a reservoir in the Qijiang River.

More ambitious plans by an Australian tycoon, Clive Palmer, for a full-size, seaworthy replica have reportedly been delayed. It was originally scheduled for launch in 2016, but this was moved to 2018.

The vessel was built at Belfast's shipyards before hitting the water for the first time on its journey down to Southampton.

The Titanic Museum has welcomed nearly 3.5 million visitors since opening in 2012, and was named the World's Leading Tourist Attraction at the World Travel Awards in 2016.