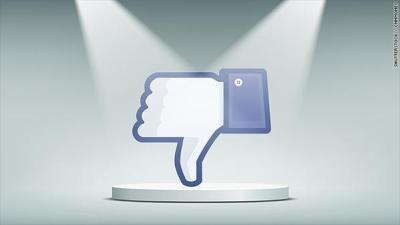 "We have an idea that we're going to be ready to test soon, and depending on how that does, we'll roll it out more broadly," Facebook CEO Mark Zuckerberg said during a townhall Q&A at Facebook's headquarters on Tuesday.

He said making something so "simple" is surprisingly complicated, but after years of people demanding the option to "dislike" a Facebook post, the company is finally ready.

The company had hesitated to launch a dislike button, but it has realized that people want to "express empathy" on posts about unpleasant news. "Not every moment is a good moment," he added.

Zuckerberg, who was recently named the most powerful person in business and media by Vanity Fair, has been holding town halls like these regularly. He says it's an opportunity for him to updateFacebook (FB, Tech30) users on how the company is working to make new services.

Later this month, Zuckerberg will host another townhall-style Q&A with a guest -- Indian Prime Minister Narendra Modi. The two will discuss "how communities can work together to address social and economic challenges."

The company will live-stream a video of the interview on Zuckerberg's Facebook page and Modi's.