Disabled Vet and Service Dog Both Get Jobs at Lowe's 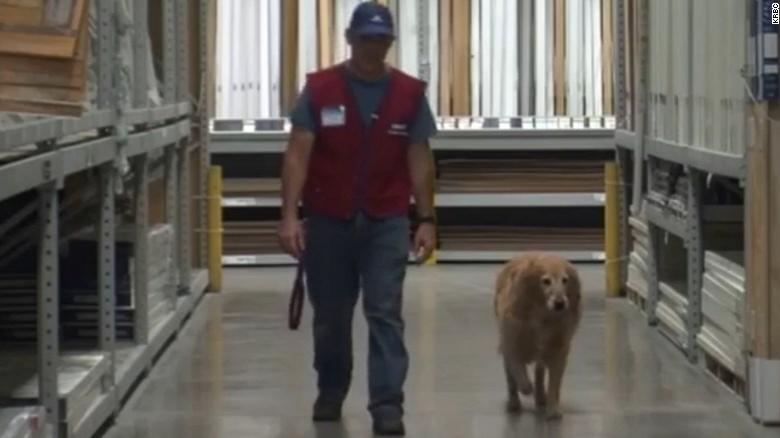 (CNN) Getting a job these days is tough enough. Getting a job for you and your service animal? It's as hard as it sounds. But Clay Luthy did it.

Luthy, a disabled Air Force vet, had been struggling to find work since he needed his service animal, a dog named Charlotte, to be with him. But he got hired for a part-time job at a Lowe's in Abilene, Texas. Hiring Luthy meant Lowe's was also hiring Charlotte.

"We were interviewing people for his position. And he was one of the applicants. And so he showed up for the interview and he had Charlotte with him," Jay Fellers, a human resource manager at Lowes, told CNN affiliate KRBC.

Luthy and his furry friend have been together for 10 years and working at the store for two months. Charlotte alerts Luthy and helps him calm down.

"Instead of medications, I have Charlotte," he said.

Lowe's often schedules Luthy to work in departments like paint, where Charlotte has a place to sit.

Fellers said Charlotte -- who wears her own Lowe's vest while on duty -- has been a hit with customers.

Supporting one of the nation's hero in such a way has been popular with them too.

One of them, Judy Dechert Rose, posted a picture of Luthy and Charlotte at work on her Facebook page, with the message, "I love Abilene Lowes, way to go! This is a disabled vet who struggled to get a job because he needs his service dog! Lowes hired them BOTH!!"