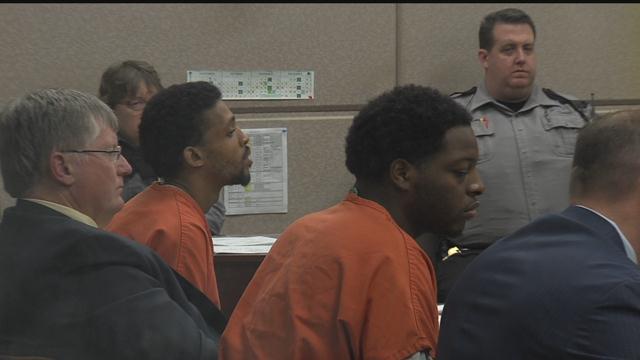 A detective who worked for months to solve the Laylah Petersen case took the stand on Wednesday.

The detective described what investigators found inside the Petersen home, and how the suspects realized they made a mistake but didn't seem to care.

"The victim Laylah Petersen had suffered a gunshot wound to her head. The front of her head," said Detective Katherine Spano.

" One of the daughters was reading to him. He suddenly heard some popping and some noise. He immediately knew they were gunshots. He took his two granddaughters to the floor, to the ground, covered them up. After the gunshots stopped, he realized Laylah was bleeding from the head," said Detective Spano.

Arlis Gordon is still in an Illinois jail awaiting a hearing.
Farr had driven the shooters back to his house afterwards, but said he didn't realize what had happened.

The judge wasn't buying that argument.

"The minute they got out of his presence, he could have called the police. Not doing so, all that time, Until now, can be argued, plausibly, that he was aiding felons," said the judge.

As far as Barrett, Detective Spano discussed how he and Gordon had told others they both unloaded their clips at the home. Then back at Farr's house they sort of celebrated.

"Both Gordon and Barrett began laughing and talking about what they had just done," said Detective Spano.

The Petersen family will hold a one-year-anniversary  vigil to remember Laylah next week.