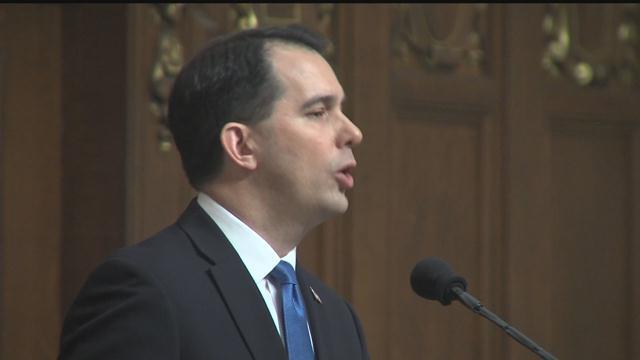 More details are coming out about the 3-year degree plan Governor Scott Walker mentioned during his State of the State speech.

The main goal is to encourage students to go after a career that's in high demand, keep young/local talent in Wisconsin, and to lower the cost of going to college.

A University of Wisconsin System spokesman says the framework of the plan is to have high school students take college classes, while a local business and other community partners help offset the cost.

One idea is to set up a path that would lead to a job when the student gets their UW degree.

The plan is nowhere close to being final yet, but the idea is to start things in the Fox Valley area with an information technology program.

If it works out there, the UW could then take that model to Milwaukee or other areas.

UW System spokesman Alex Hummel said, "We need to see how that works and make sure that we're accountable and transparent about the metrics and that it's delivering. And then it's really going to be up to the partners around the table and some other regional partners to see if it's something that could translate elsewhere around the state."

During a stop in Kenosha, Governor Walker said he wants to pattern the program after the current dual-enrollment program with technical colleges, and says he will have more details in the next state budget.