Derecho is not a term we hear very often in southeast Wisconsin but if you've lived here for at least a few decades then you likely remember the Derecho of 1998 that happened at the end of May. That storm started in Minnesota and went all the way into New York State. When we discuss severe storms we often talk about the threats of hail or damaging wind or tornadoes and sometimes those happen with lines of storms also known as bowing lines or squall lines. A derecho is a long lived line of storms that causes damage for at least 250 miles. Monday's derecho started in southeast South Dakota and ended in western Ohio for a damage swath of almost 800 miles. 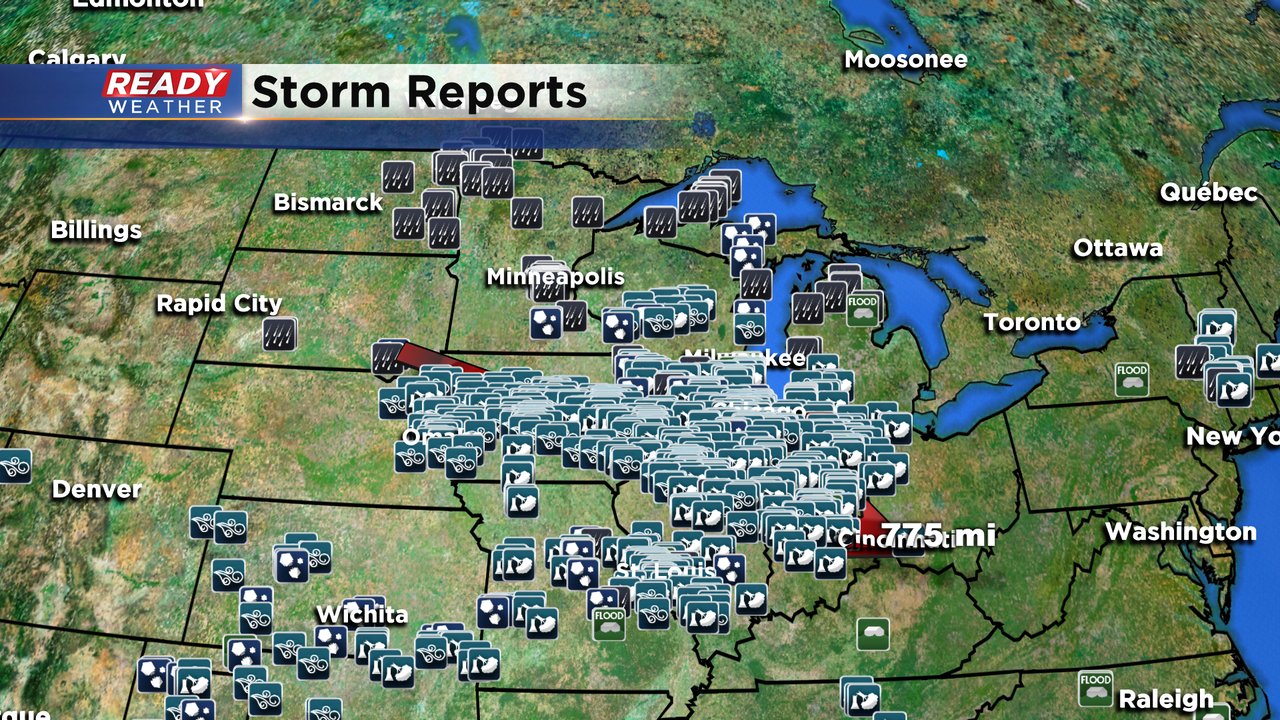 Look at all those storm reports. Iowa, Illinois and Indiana were the hardest hit. Some reports out of Iowa showed wind gusts around or just over 100 mph!

Here locally the majority of our storm reports came from our southern tier of counties: Walworth, Racine and Kenosha. In these counties there were multiple reports of tree damage with wind gusts between 50-70 mph. 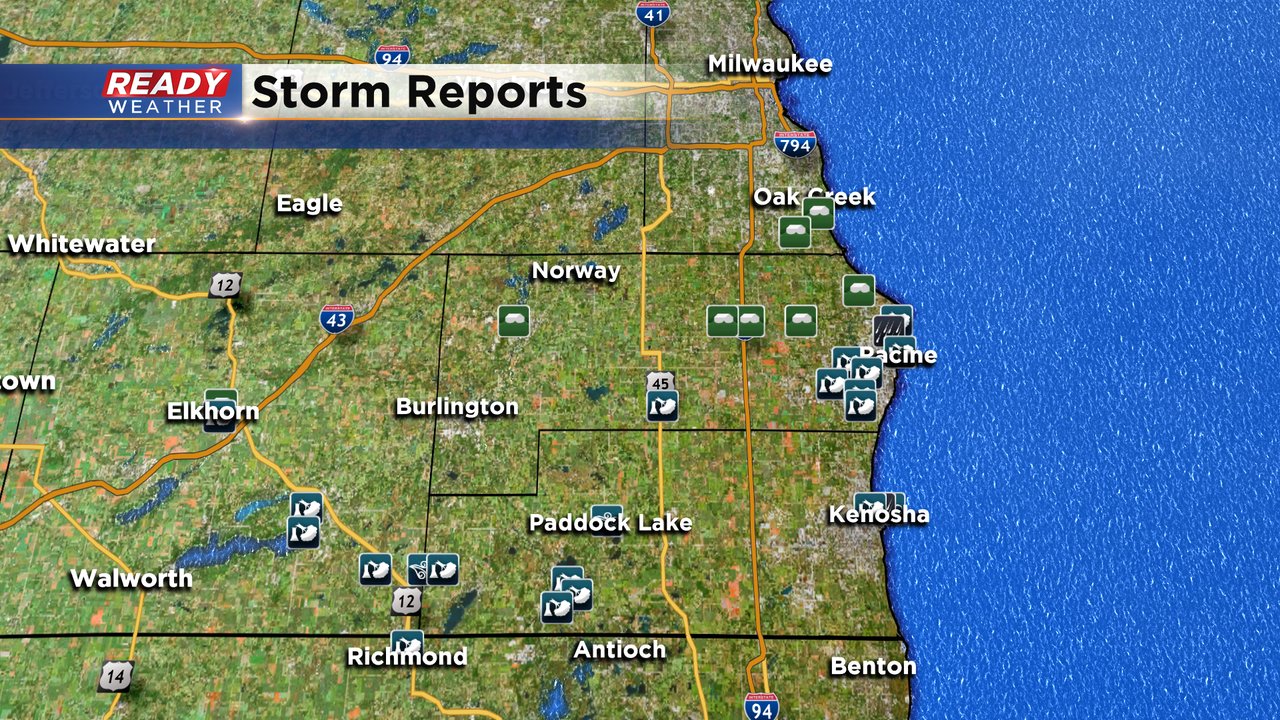 The National Weather Service will be looking at damage in three areas Tuesday for possible tornadoes: Lake Geneva, Camp Lake and Union Grove. It is possible some of that damage was caused by tornadoes or could have just been strong straight line wind.

In addition to the wind damage we also saw a lot of heavy rain, especially those southern counties where nearly 4" of rain fell. Flooding was reported in multiple places. 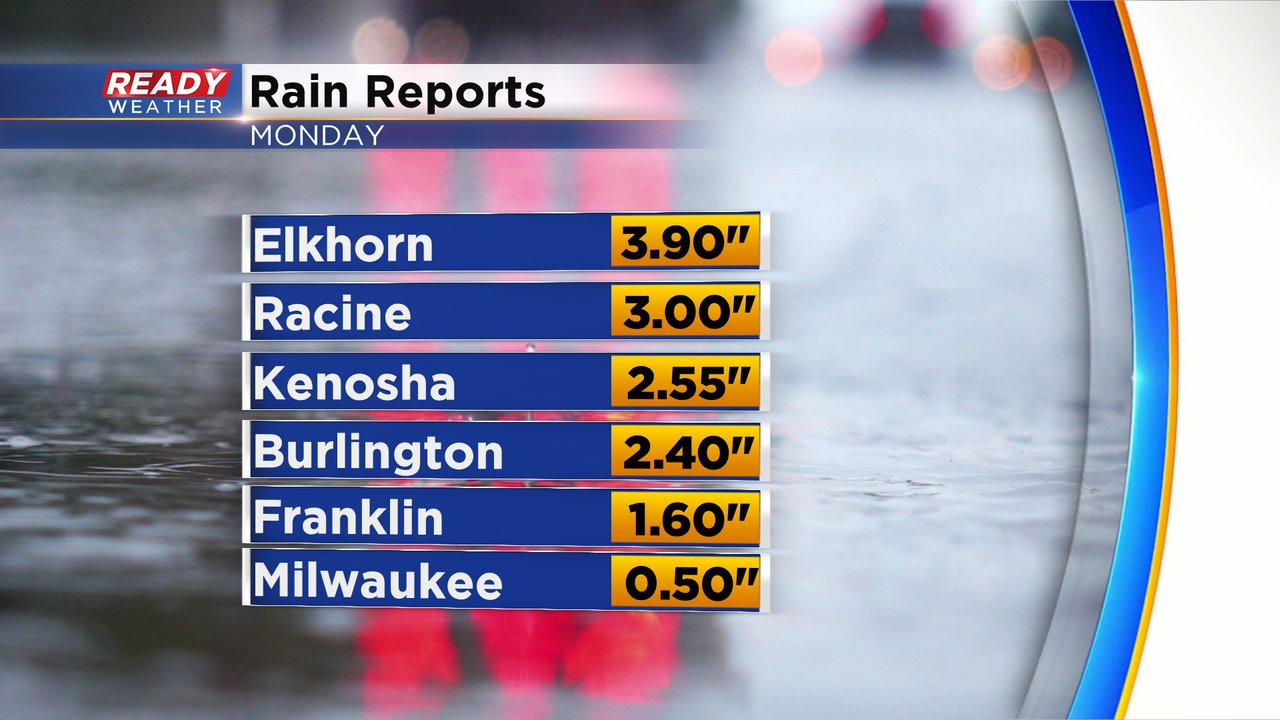 Download the CBS 58 Ready Weather app to see when our next chance for storms arrives and track the storms when they do pop up.