NOW: Demolition underway of Somers home on the verge of falling into Lake Michigan

MILWAUKEE (CBS 58) -- Demolition is underway of a Somers home on the verge of collapsing into Lake Michigan.

The project began Tuesday morning after being delayed several times due to equipment issues.

Progress is being made in the demolition of a Somers home on the verge of falling into Lake Michigan. The home has become somewhat of a spectacle. Several people are here to watch the process unfold. @CBS58pic.twitter.com/IMHloa3CMh

The home was owned by the same family for several decades. They told CBS 58 that storms last spring contributed to the deterioration of the shrinking shoreline. The family stopped making payments on the home after they had to move out and the bank took it over.

Much of the demolition Tuesday morning was focused on the roof. 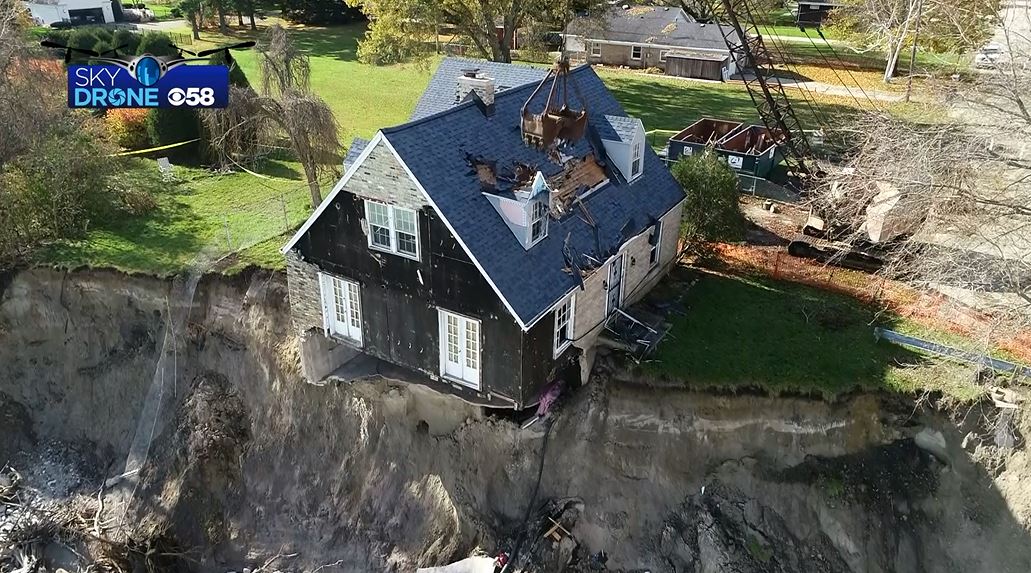 Several people came out to watch the process unfold.

"We came by earlier to see it hanging off the edge and then we've just been keeping updated, taking a ride every day here or so to see the progress," Kenosha resident Mark Sisul said. "Today, it really looks like we're getting a lot of progress in."

There's no word on when demolition will be complete.