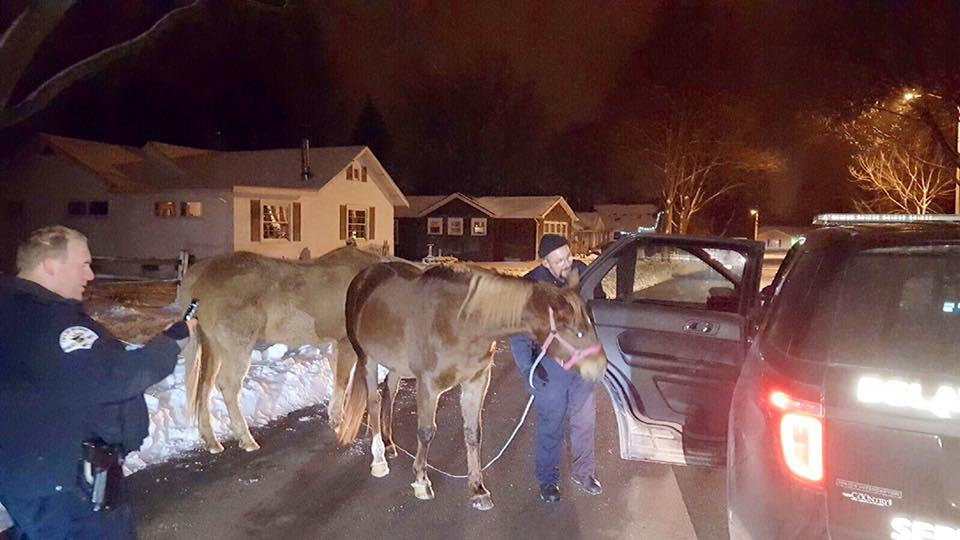 The Delavan Police Department receives reports of animals at large fairly often, but on December 31 in the early morning they received a call for a horse on the loose.

Upon arriving in the area, officers located horses Harley and Pie-O-My walking around the neighborhood.

The Police Department joked on their Facebook Page saying, "despite our new SUV patrol vehicles having a lot more room than our old ones, as you can see they just wouldn't fit in the back."

Eventually, the officers were able to track down the owners and reunite them with the horses, but first they had to take a selfie.