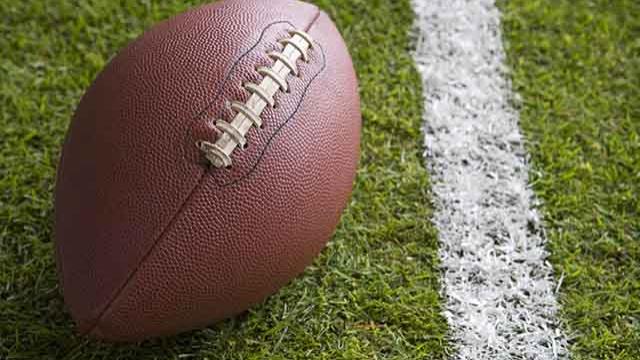 OSHKOSH, Wis. (AP) -- Wisconsin-Oshkosh's defense forced three turnovers to lead the Titans to the NCAA Division III championship game with a 10-3 victory over John Carroll on Saturday.
The Titans (13-1) intercepted Blue Streaks quarterback Anthony Moeglin three times and kept John Carroll (12-2) out of the end zone. Oshkosh gained just 214 yards of total offense and scored its fewest points of the season.
After a scoreless first half, Oshkosh took the opening drive of the third quarter 71 yards in nine plays to go up 7-0 on a 3-yard touchdown run by quarterback Brett Kasper.
An interception by Christian Bettin set up a 31-yard field goal by Eli Wettstein that made it 10-0 with 10:12 left.
John Carroll, which was shutout through three quarters for the first time since 2010, got on the board on a 24-yard field goal by Matt Danko with 5 minutes to play.
The Blue Streaks got the ball back at their own 20-yard line with no timeouts and 1:48 to play. John Carroll advanced the ball to the 35-yard line of Oshkosh with 12 seconds left. After a spike, Branden Lloyd sacked Moeglin and the clock expired.
THE TAKEAWAY
JOHN CARROLL: The Blue Streaks' only two losses came at the hands of Oshkosh. John Carroll fell, 33-14, to the Titans in the opening game of the season on Sept. 3. The Blue Streaks were playing in their second-ever Division III semifinal and their first since 2002.
OSHKOSH: The Titans will be making their first trip to the Stagg Bowl for the Division III championship game. Oshkosh lost 28-14 to St. Thomas in a semifinal in 2012.
UP NEXT
OSHKOSH: Oshkosh will face the winner of Mary Hardin-Baylor and Mount Union in the Stagg Bowl in Salem, Va. on Dec. 16.