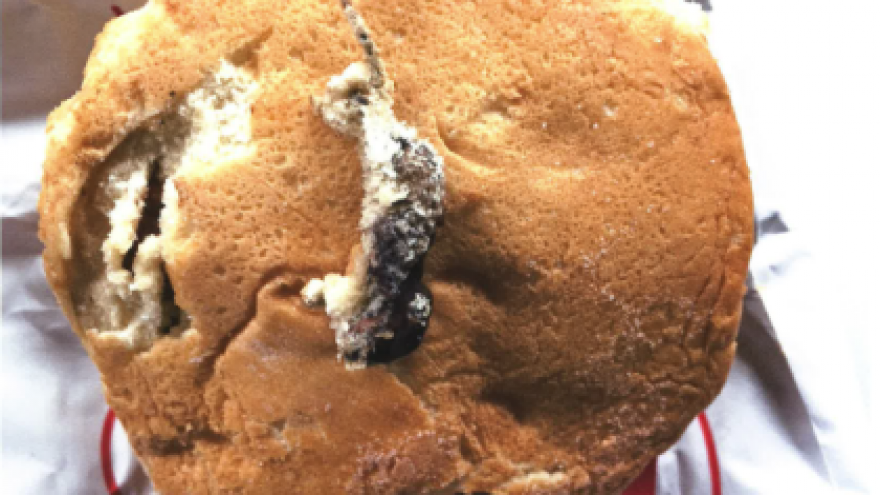 BUCKS COUNTY, Pa. (CBS)—A Bucks County woman is suing after she claims a dead rodent was baked into the bun of her Chick-fil-A sandwich.

In the lawsuit obtained by CBS Philly, Ellen Manfalouti claims that on November 25, 2016 she had her friend purchase a chicken sandwich for her at the Chick-fil-A restaurant located at 2424 E. Lincoln Highway in Langhorne, PA.

The lawsuit alleges that Manfalouti took a bite out of the sandwich before discovering that there was a dead rodent baked into the bun.

William Davis, who’s representing Manfalouti, says she was treated at a local hospital for extreme nausea.

Manfalouti is now suing the Bucks County business and its manager, Dave Heffernan, for more than $50,000.

The lawsuit contends that “defendants Dave Heffernan and Chick-fil-A of Oxford Valley Road failed to supervise employees who intentionally and/or knowingly served a sandwich to a customer with a dead rodent baked into the bun. This action was a direct cause of the Plaintiff’s injuries.”

Davis says in the filing that due to the negligence of the defendants, Manfalouti is seeking punitive and compensatory damages related to her: pain and suffering, emotional distress, sleeplessness, anxiety, PTSD and medical bills.

In a statement obtained to CBS Philly, Heffernan said he could not comment on the allegations.

“We are aware, and the guest’s allegations are being investigated. This is an ongoing legal matter, therefore we cannot comment any further at this time,” said Heffernan.