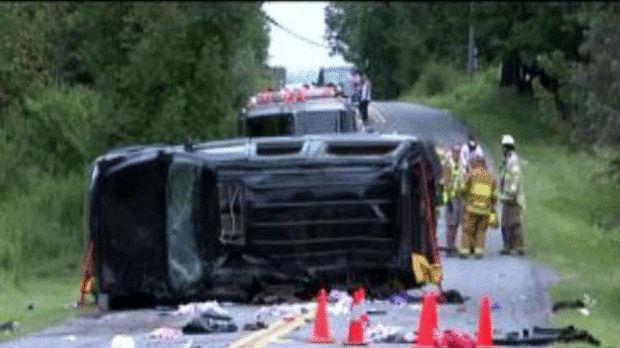 (CBS NEWS) The father of a 15-year-old girl who was behind the wheel in last summer's crash in the Poconos that killed three Bucks County teenagers pleaded guilty in their deaths today, reports CBS Philly.

Michael Ware, 54, pleaded guilty to three counts of involuntary manslaughter and three counts of recklessly endangering another person - all misdemeanors. Authorities reportedly say Ware allowed his daughter to take his Chevy Suburban to drive five friends to breakfast on August 30, 2014.

Three boys in the vehicle, Ryan Lesher, Shamus Digney and Cullen Keffer, were killed, according to the station. Officials say the vehicle the teen girl was driving was registered to her father. It is believed that the driver and some other girls picked up the boys and then drove to a local restaurant for breakfast. While they were driving home along a left hand curve, the vehicle's right tire traveled off of the road and it flipped over multiple times.

Ware will be sentenced on August 20.

According to WNEP, Ware's daughter was sentenced to probation for driving without a license. She was reportedly required to write apology letters, pay thousands of dollars in restitution, perform community service, and could serve probation until she is 21.