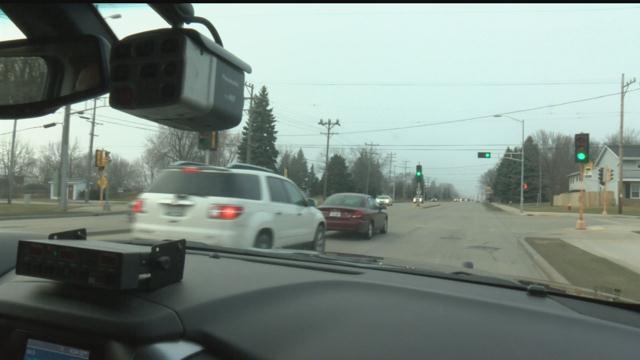 Wisconsin Department of Transportation says traffic deaths are up close to 32-percent compared with last year. Recent figures show 47 people lost their lives in February of 2016 which is 22 more than in February 2015 and 21 more than the five-year average for the month of February. The Cudahy Police Department is taking part in the Wisconsin DOT's St. Patrick's Day program, which is a nine-day safe driving initiative. Aric Behnke, a police officer in Cudahy of five-years, takes community safety and safety on the roads very seriously.

"Speeding and obviously a major component is people's use of their safety belt," Behnke said.

Grant money from the Wisconsin DOT is making it possible for Cudahy to put extra officers on the road to look for drunk drivers for the next nine days. Drinking and driving is a huge danger, especially around this time of year with St. Patrick's Day just around the corner.

"There's more people out and about to celebrate and unfortunately the wrong way even though they have other options as well," Behnke added.

This initiative goes from tonight through March 20.