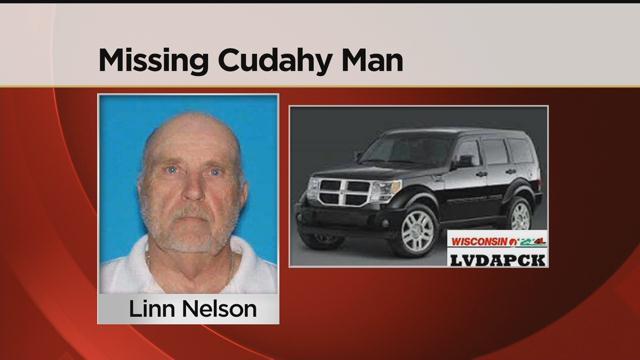 Cudahy man on a hunting trip has gone missing.

Police in Adams County said 75-year-old Linn Nelson has not been heard from in four days.

He traveled to the area to bow hunt and was last seen in the township of Quincy.

Anyone who knows his whereabouts is encouraged to call police.