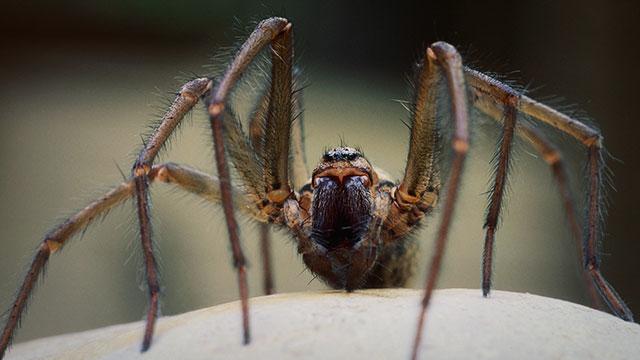 A 24-year-old Cudady man is charged with starting a fire inside a Waukesha County snack factory. His reason? He saw a spider.

According to a criminal complaint, Kevin Butler noticed the spider on a sack of almonds while working at A.L. Schutzman Company in October.

The complaint says he "proceeded to light the spider on fire, which is something he has done since childhood."

Workers extinguished the fire with an extinguisher before calling police, according to the report.

Butler was "very apologetic, and continued to state that he did not do this intentionally." according to police.

According to the complaint, surveillance video captured Butler in the act: "Butler appears to use an object to light the sack and holds the object at the sack for eight seconds and looks back while doing this."

According to the complaint, it was Butlers first day working at the factory. Management at A.L. Schutzman declined to speak to CBS 58 about the incident, saying that Butler was a "temp worker".

According to police, Butler burned roughly 4,200 pounds of almonds, causing $14,340 in damage to property.

Store workers told police they have never seen a spider in the facility.