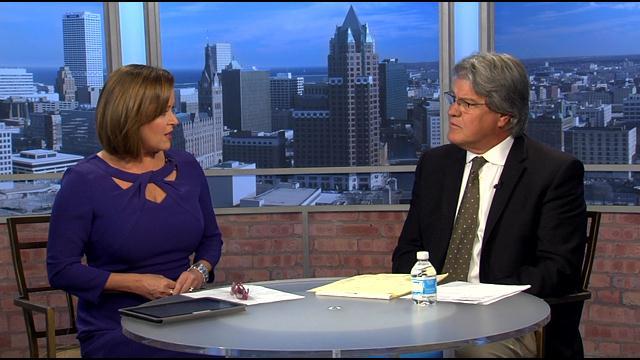 While the Dane County District Attorney has cleared Madison Police Officer Matt Kenny of criminal wrong doing in the fatal shooting of 19 year old Tony Robinson, renowned criminal defense attorney Alex Flynn said he would be surprised if a civil rights investigation does not take place and expects private civil action by the Robinson family.

Flynn who is representing the family of Dontre Hamilton who was fatally shot by a Milwaukee Police Officer, says Officer Kenny could still face possible discharge and a civil lawsuit.

CBS 58's News at 4 p.m. seeks to bring viewers in depth discussions on the news of the day. Just moments after the Robinson case decision was announced, Flynn offered this live reaction.

\"I think the decision was less than courageous, but probably very practical and not a surprise,\" Flynn told CBS 58's Michele McCormack.

\"It is very difficult for a district attorney to bring charges, much less get a conviction against a police officer charged in these circumstances.\"

Flynn cited a recent local case where a police sergeant was seen on camera and then prosecuted for slamming a person's head into the wall and the jury found him not guilty.

\"When these district attorneys looks at these decisions and make this decision first and foremost in their mind is can I prove this beyond any reasonable doubt to a unanimous 12 person jury.\"

Flynn says there is a bias in favor of police.

Unlike civil litigation which requires 51% of the evidence in the plaintiff's favor. In a criminal case, there can't be any doubt.

Flynn says the repeated 9-11 calls probably weighed heavily on the decision. Several callers said Tony Robinson had assaulted them and they feared for their safety and his and that he was under the influence of drugs..

He says the d.a. is looking to see if  that officer had reasonable fear for his safety.

\"That would set the stage and definitely would contribute to the d.a.'s decision on whether or not to file charges.\"

But Flynn says the fact that he drew his firearm before entering the structure might open the door to civil litigation by the Robinson family and he'd be surprised if a case isn't filed soon.

\"Just because the district attorney does not bring charges, just because the d.a. decides I can't bring this case beyond a reasonable doubt, does not mean that there's not going to be a vigorous inquiry, an adversarial inquiry as to the facts of what occurred. That officer will be submitted to a deposition and that officer will be asked hard questions about why he did have his hand on his pistol. Why didn't he have back up? Why did he shoot seven shots? Why didn't he use a taser?  Was there an alternative way he could have solved this?\"

Flynn believes the decision was heavily based on the officer's word that he was attacked and thrown into the wall.

\"That needs to be interrogated in an adversarial process by a private lawyer.\"

Flynn said damage to the dry wall could support Kenny's claim \"were it to be the unprovoked, lashed out attack that Officer Kenny said that it was. But were there to be some provocation, something provocative to entice that, then that would be a different analysis.\"

Flynn says with the Dontre Hamilton case in  which the 31 year old was shot 14 times and now the Madison case involving 7 shots leads him to believe there needs to be a hard look a police training.

\"We're seeing a spate of these shootings. We have to remember most police are good. That should not be diminished. But when the rogue is borrowing from that good will, that shouldn't be allowed to happen.\"