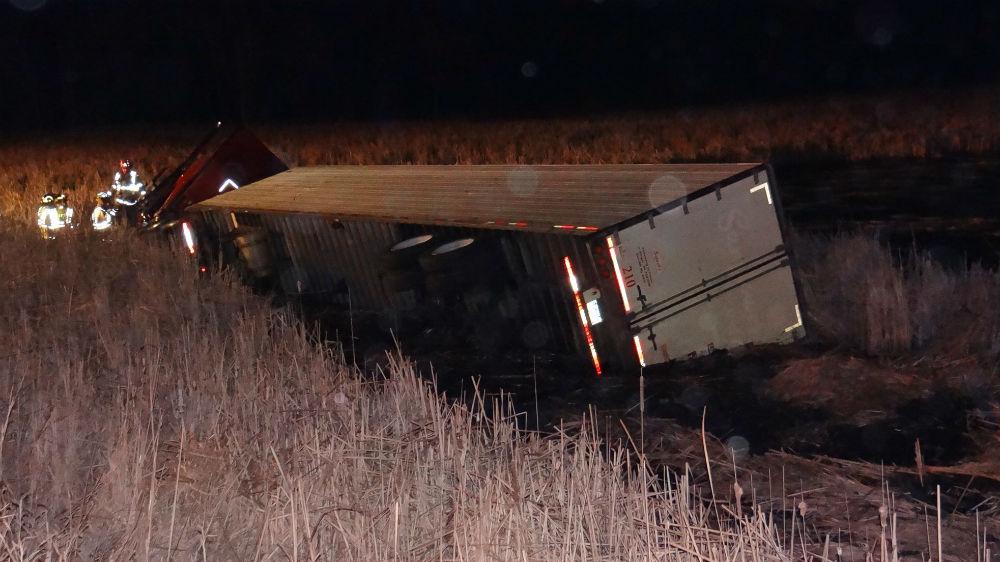 State Highway 33 was closed for more than three hours Wednesday evening as crews in Dodge County responded to a truck vs. semi crash there.

The Dodge County Sheriff's Office says the pickup truck driven by 36-year-old Bradley A. Strobel of Neosho rolled through the intersection of Hwy 33 and Hwy P in the township of Herman when it was struck by a semi driven by John P. Wiseman of Bell Fountain, OH.  Wiseman's rig, which was carrying 40,000 pounds of cheese, overturned into a nearby pond.  Diesel from the truck also spilled into the pond.