Could Wind Farms Harm You? 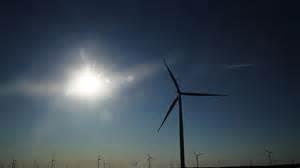 A new German study suggests the very low frequency sounds generated by the windmill's rotor blades and windflow may be detected by the human brain, going against the theory the sounds are below the threshold of human hearing.

In fact, some people living near these farms have reported sleep disturbances and a decline in overall performance apparently from the \"infrasound' generated by the turbines.  Infrasound, by the way, refers to very low sounds, around 16 hertz, generally thought to be below the limit of hearing.

The wind power industry dismisses such complaints, saying the sounds generated are too low and faint to be detected by humans.