Could the future of cybersecurity be in Milwaukee?: SysLogic holds 3rd annual summit at MSOE

NOW: Could the future of cybersecurity be in Milwaukee?: SysLogic holds 3rd annual summit at MSOE

MILWAUKEE (CBS 58) -- Is the future of cybersecurity here in Milwaukee? SysLogic held its third annual Cybersecurity Summit at MSOE on Tuesday, April 26.

Leaders from local health care, insurance, manufacturing, and education industries in the Milwaukee area were all there, talking about preventing and dealing with cyber attacks.

Attacks that SysLogic CEO Tina Chang said can even be life or death, like when a hospital fell victim to an attack.

"They didn't have equipment, they didn't have monitors because their systems were down, and because of that unfortunately a baby lost her life," said Chang.

She said that's why the demand for cybersecurity jobs will continue to explode.

Milwaukee School of Engineering cybersecurity professor Walter Schilling said it's a great opportunity for his students.

"Just to see what the real world is like that they're going to be entering into," said Schilling.

Schilling said cybersecurity is something all local organizations, from small business to government, need to pay attention to. 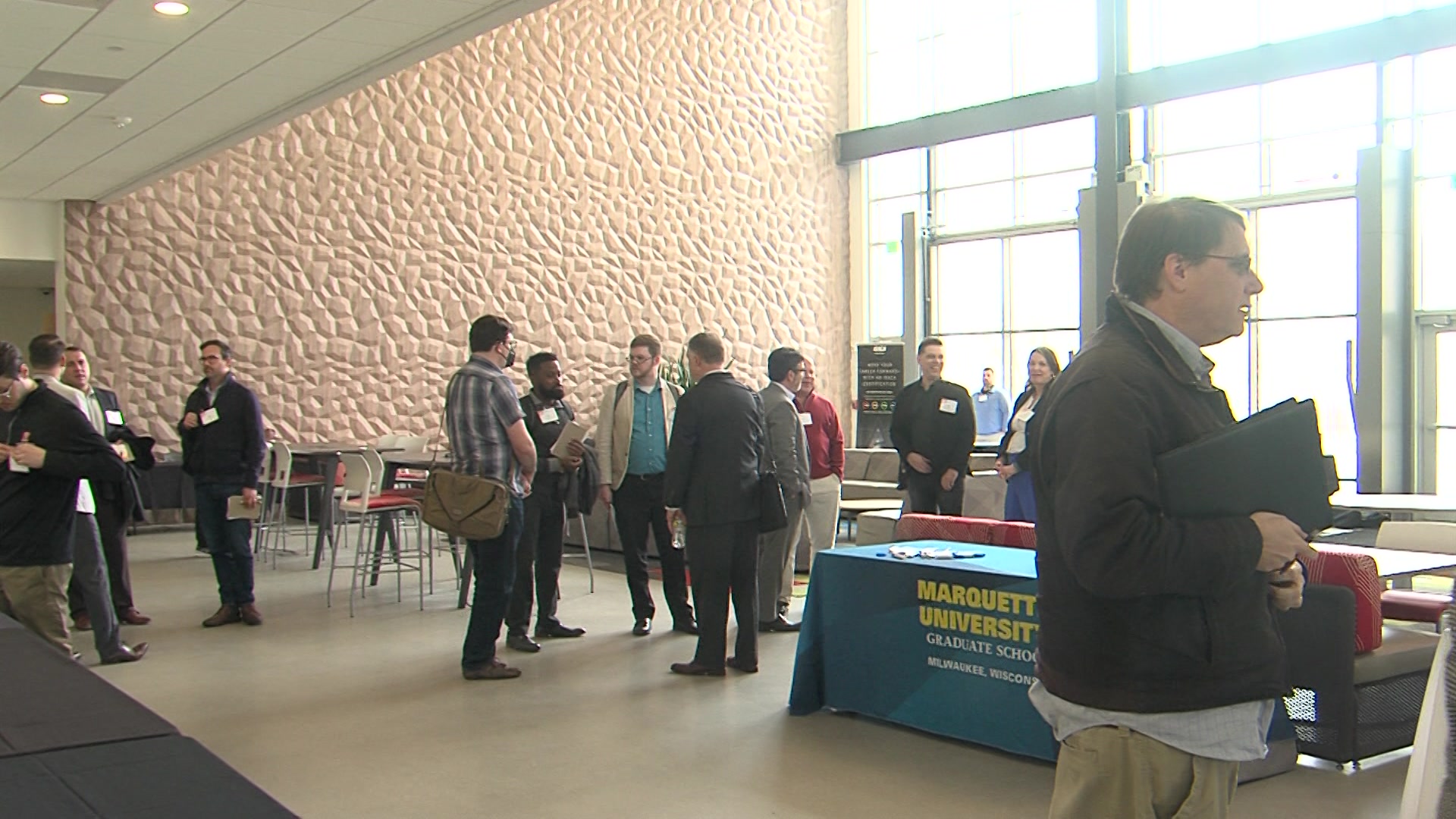 "It's something that Milwaukee has to be concerned about as well because of the large companies that we have headquartered here, as well as the companies we're trying to attract in the future," said Schilling.

Chang says another big aspect discussed at the summit was resisting the urge to not talk about attacks.

"Oftentimes, when you have a cybersecurity incident, people don't want to talk about it, they don't want to share their ugly woes and what happens is so many people end up re-inventing the wheel," said Chang. "What we're trying to do here is build a network so we build trust so people do share so we can prevent more and more from happening."

Chang said in light of more Russian cyber attacks during the invasion of Ukraine, it's especially critical.

"We've really got to influence and extend and hold accountable those same demands across the globe," said Chang.

Chang went on to say a big part of that can be here in Milwaukee.

"Sometimes it takes a smaller universe to bring those right people together," said Chang.