Corntroversy: Miller Lite and Bud Light butt heads over use of "corn syrup" 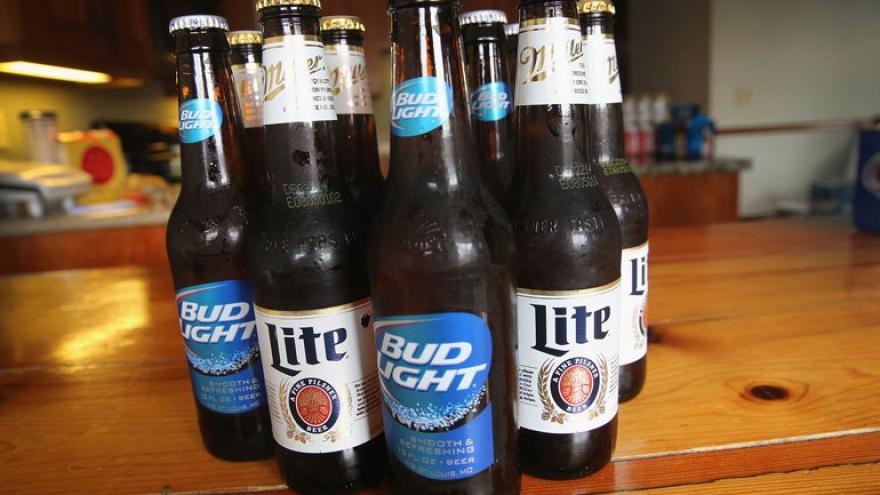 NEW YORK (AP/CBS 58) — Bud Light is touting that it doesn't use corn syrup, but that doesn't make it nutritionally much different from its 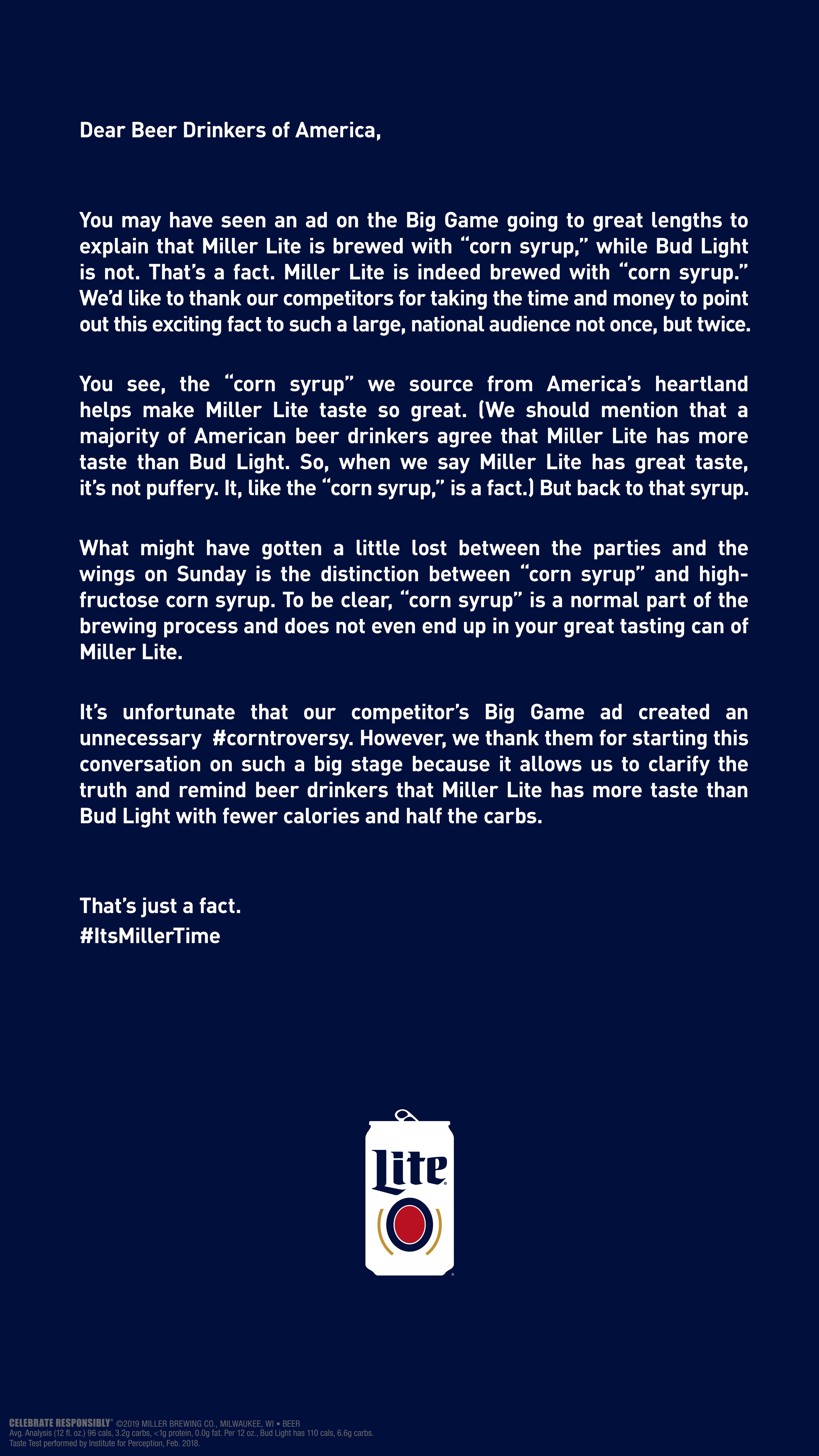 The best-selling beer in the U.S. ran a medieval-themed Super Bowl ad on Sunday night that mocked rivals Miller Lite and Coors Light for using the sweetener. Social media chatter over the ad got a boost when the National Corn Growers Association expressed its disapproval in a tweet.

Sweeteners and starches can be used in the fermenting process to make beers, even if little remains in the end product. In fact, 12-ounce cans of Bud Light and Miller Lite list zero grams of sugar, while Coors Light lists 1 gram. Each has around 100 calories, with carbs ranging from about 3 to 7 grams.

Bud Light uses rice instead of corn syrup in its fermenting process, but does it matter what type of starch or sweetener is used?

Harry Schuhmacher, editor of Beer Business Daily, said the fermenting aids used to make lighter beers might result in slight differences in taste, but they generally serve the same purpose.

"You could use doughnuts if you wanted," he said.

Garrett Oliver, brewmaster for Brooklyn Brewery, said corn and rice are used in fermenting to lighten the overall character and flavor of beers, but he agreed that there was not much difference in the ingredients used for that purpose. He said the Bud Light ad seems to play into the unhealthy image of high-fructose corn syrup.

Corn syrup isn't exactly the same as table sugar or the high-fructose corn syrup used in many packaged foods, but that distinction is beside the point, because there's very little sugar content remaining in any light beer, said Bonnie Liebman of the Center for Science in the Public Interest.

"The real problem is that many people don't think about the calories in alcoholic beverages," she said.

So why might rice be a superior ingredient than corn syrup for making beer? A Bud Light representative said in a statement that different recipes create different flavors, and that rice provides a "clean, crisp taste." The statement says it's up to consumers "to decide what beer is right for them."