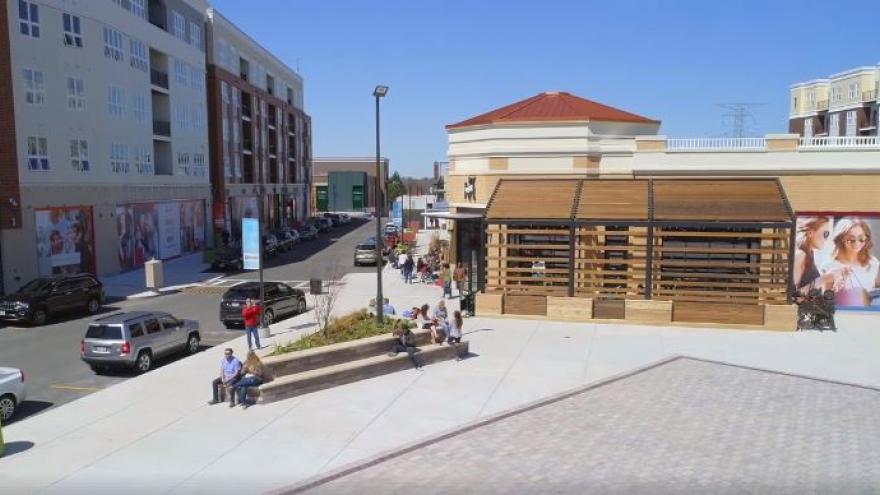 The Corners of Brookfield has announced the first in a series of events for its summer schedule to activate and utilize its centrally located Market Square for entertainment in the Town of Brookfield.

There will be an official ribbon cutting for the Market Square by the Greater Brookfield Chamber of Commerce at 4:00 PM on Thursday, June 29, followed at 6:00 PM by the first live music performance as part of the Center’s new Thursday night “Concert at The Corners” series.

Those Thursday evening concerts, weather permitting, will run from 6-8:30 PM every Thursday, starting June 29 through August 10 on the Market Square stage. The Corners and surrounding restaurants will provide some seating options and guests are also invited to bring their own chairs to enjoy the performances. The Market Square stage features state-of-the-art equipment including a 12x20 foot digital screen for visual elements and an audio system that will offer clean and clear sound to intended listeners, while providing a signature “hard avoid” area that lowers sound levels where not desired.

A diverse range of local bands and musicians performing during the concert series include the Evan & Tom Leahy Band on June 29, Whiskeybelles on July 6, Spare Change Trio on July 13, Jason Behr on July 27, Nick Scanlan on August 3 and John Stano on Aug. 10. The Concert at The Corners series is hosted in partnership with the Sharon Lynn Wilson Center.

“This new music series will offer the type of high-quality and diverse performances that the Wilson Center is known for,” said Chelsea Roessler, marketing manager of The Corners of Brookfield. “Our lifestyle center was designed to be a place of gathering, conversation and entertainment, and we are thrilled to be formally activating that space with entertainment events for this first summer.”

In addition to the music series, The Corners also announced a movie series in Market Square that will run every Tuesday at 7:15 PM beginning July 11 with the showing of Beauty & The Beast. Other movies scheduled include Batman, Storks, Monster Trucks, Sing and The Secret Life of Pets.