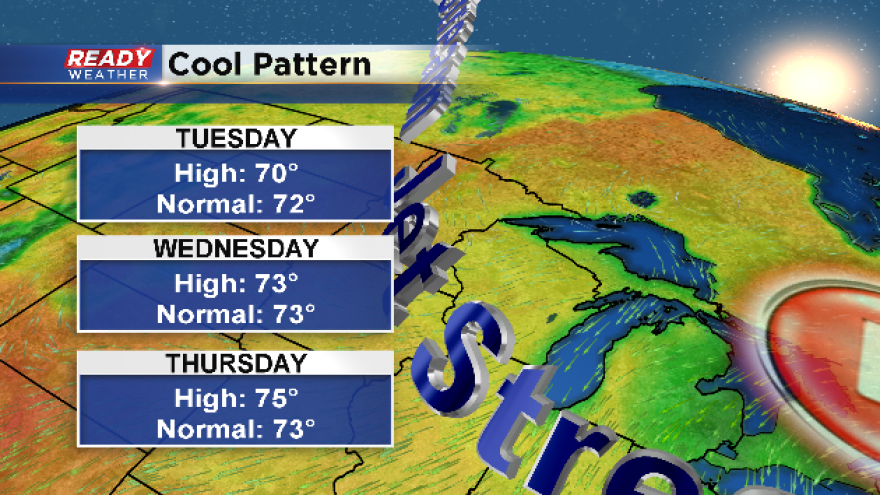 It's hard to believe we almost hit 90 degrees yesterday!  A west wind and warm air aloft allowed Sunday to be the warmest day of 2017. The last time Milwaukee was this warm was back on September 4th, 2016 when Milwaukee hit 94 degrees.

The pattern quickly shifted late last night as a trough aloft switched our winds out of the northeast.  That wind shift dropped temperatures some 25 degrees by Monday afternoon.

The cooler pattern will persist until the end of the week.  While temperatures will be around average, compared to this weekend, they will remain significantly cooler.  Eventually that trough lifts and our winds will shift back to the south for the upcoming weekend.  Those south winds will mean temperatures back into the 80s!