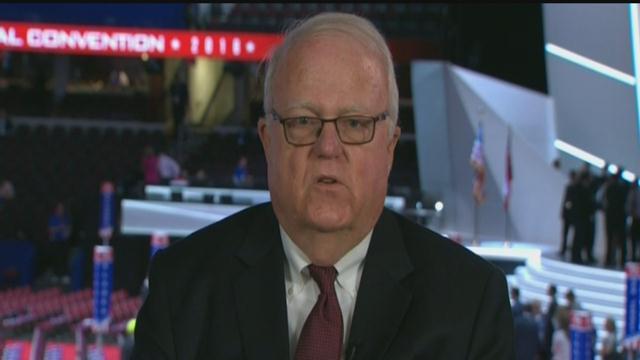 Sensenbrenner voted for Ted Cruz in the Wisconsin primary.

He is in Cleveland, and he says it is time for every Republican to get behind Donald Trump.

“They're going to have to do that, because if they don't we have four years of Hillary Clinton, we have at least three appointments to the Supreme Court, which will turn the direction of the court for a generation. And Hillary Clinton is basically promising four more years of the same of Barack Obama,” said Sensenbrenner.

The fifth-district Congressman says he is looking forward to hearing speaker of the house Paul Ryan on the podium tonight.

Sensenbrenner says Ryan will lay out a true conservative way forward for the country.