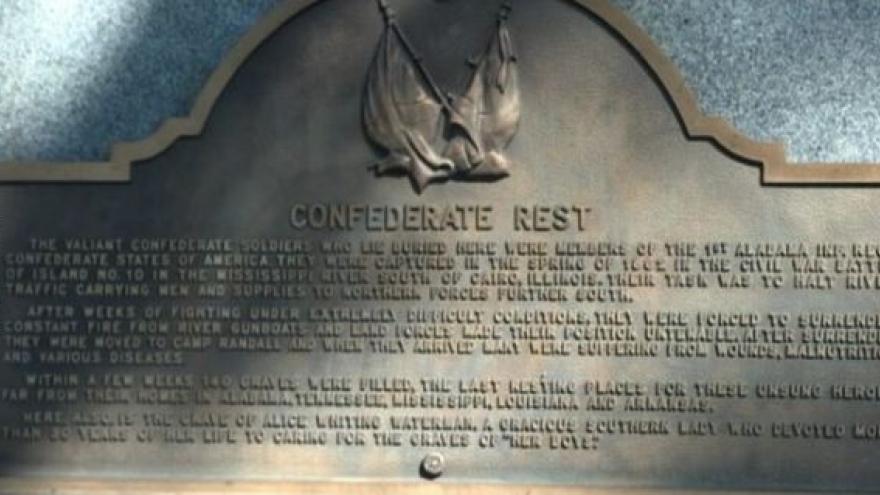 MADISON, Wis. (AP) — Madison officials have removed a century-old Confederate monument from a cemetery and donated the marker to the Wisconsin Veterans Museum.

Madison Parks Superintendent Eric Knepp told the Wisconsin State Journal that the large, stone monument listing the names of buried Confederate soldiers was recently removed from Forest Hill Cemetery. The marker used to sit in a section of the cemetery known as Confederate Rest, but it's now being held in crates at the State Archive Preservation Facility.

"There are no current plans for its exhibition either now or in the near future," said Michael Telzrow, director of the Wisconsin Veterans Museum. "It's highly unlikely that it would ever be permanently displayed."

The museum accepted the monument from the city because of its connections to Union veterans from Wisconsin, Telzrow said. Some state veterans had helped raise money for the marker and a local fraternal organization for Union veterans participated in its dedication ceremony, he said.

The removal comes more than a year after Mayor Paul Soglin called for another stone marker with a plaque to be extracted. The plaque removed in August 2017 described the buried as "valiant Confederate soldiers" and "unsung heroes."

Telzrow said the museum declined the plaque from the city.