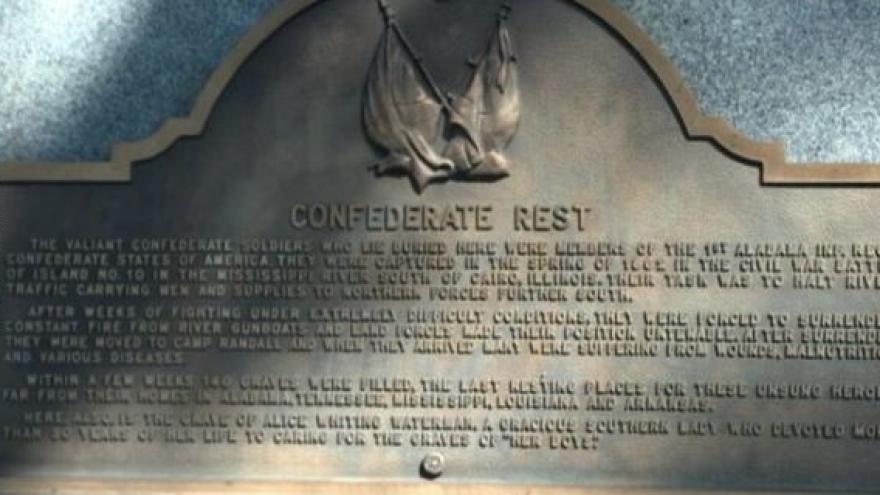 Mayor Paul Soglin ordered the removal of a plaque in what's called Confederates Rest in the Forest Hill Cemetery. The monument still stands.

Alders debated three different options: Keeping the monument with an explanation plaque, remove half of the plaque and keeping the part with the names or remove the plaque entirely.

Alder Barbara McKinney spoke in favor of the third option, saying the city needs to be careful not to "romanticize" the Civil War.

"When I think of the countless number of slaves that were killed, there was no monument, no marker, no headstone and no signs of saying who died here," McKinney said.

Alderman David Ahrens said romanticizing slavery isn't the point; he said a plaque explaining the circumstances behind the monument would be of educational value.