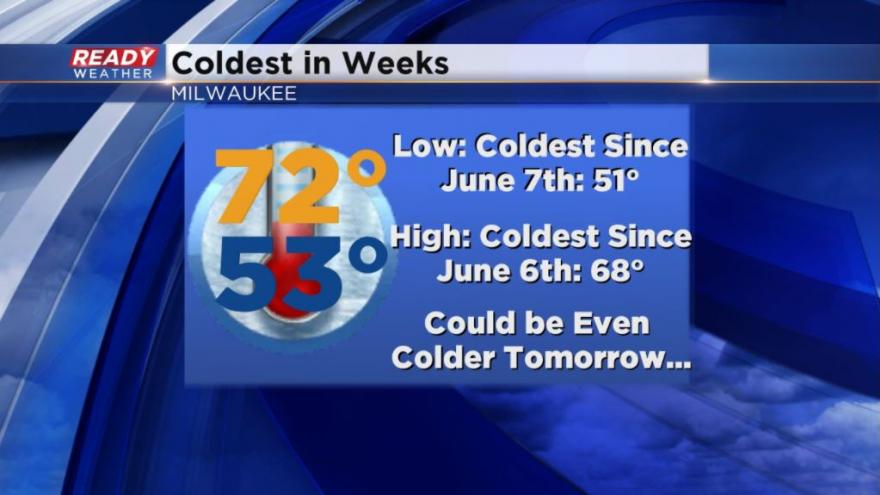 Temperatures this past weekend were the coldest they've been in weeks across southeast Wisconsin. Saturday morning parts of our area woke up to temperatures in the upper 40s. 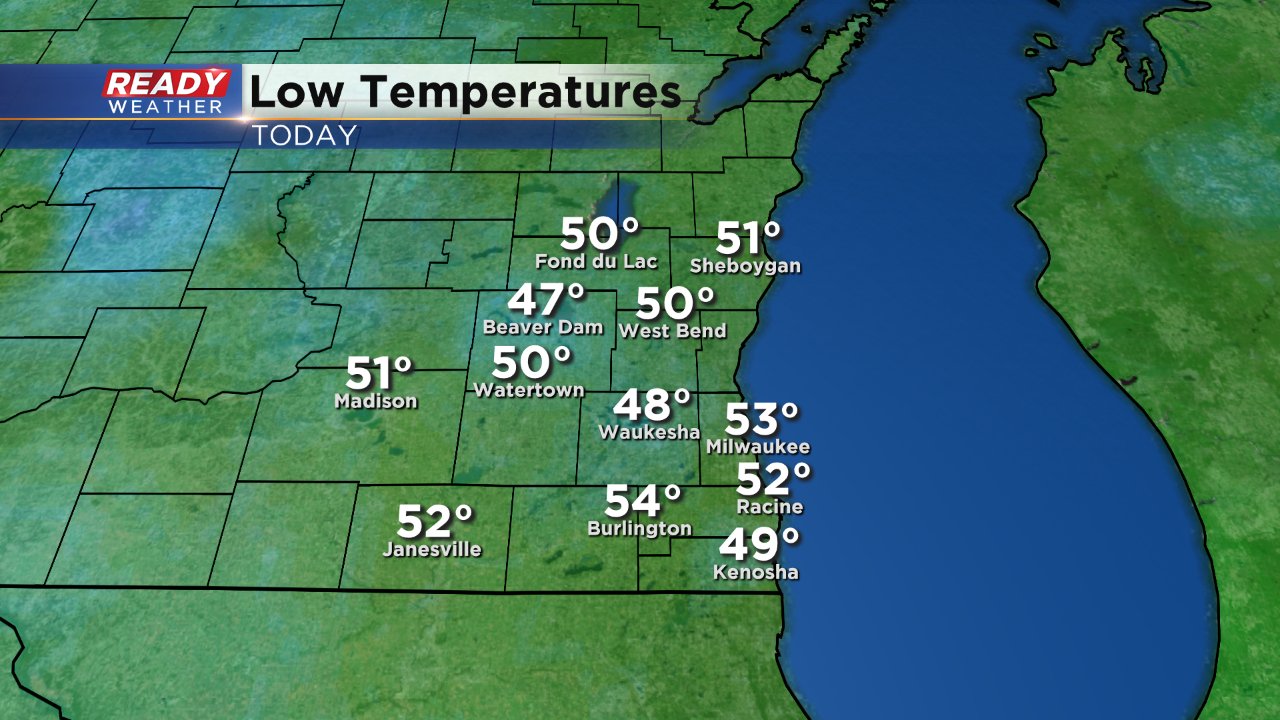 Monday could be even colder, but not by much. Both the low and high will be one or two degrees colder with more upper 40s possible. Highs for almost everyone will stay in the 60s.

We start to warm back up on Tuesday with upper 70s and some 80s returning for the end of the week.