Colder Air For The New Year 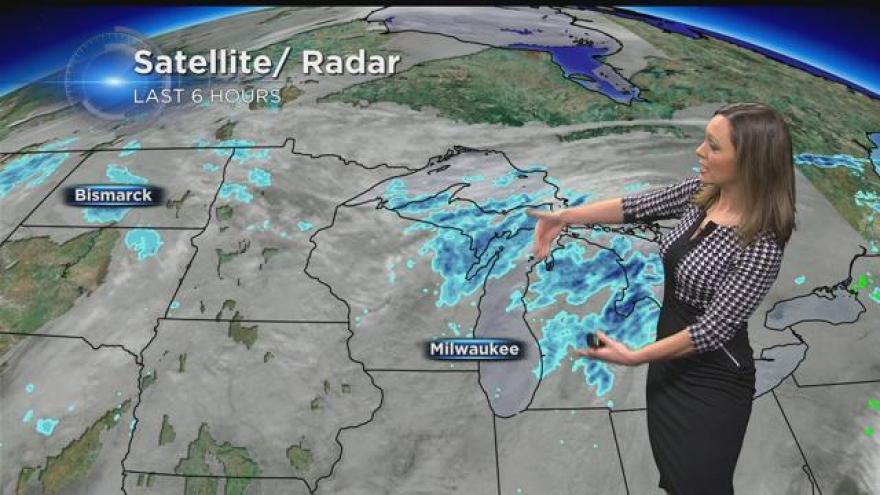 December has been one of the warmest on record in southeast Wisconsin. The average temperature sits at 38.4° which puts this month close to twelve degrees above normal, and the warmest in Milwaukee's record keeping history to date. One of the major influences of the mild weather and a big talker this season has been the strong El Nino. While this large scale feature does influence our weather with a greater chance of mild temperatures during the winter across the Great Lakes, other large scale patterns factor in too.  The Arctic Oscillation or (AO) is another large scale mode of climate variability. The AO is a climate pattern characterized by winds circulating counterclockwise around the Arctic at around 55°N latitude. When the AO is in its positive phase, a ring of strong winds circulating around the North Pole acts to confine colder air across polar regions. Scientists attribute a mild and dry weather pattern here in our area to a positive AO, as shown below. And this has been the case over the last couple of weeks, until recently when the AO turned negative. In this situation the belt of winds becomes weaker and more distorted in the negative phase. This allows a plunge of colder, arctic air to grace the area and also increases the storminess into the mid-latitudes. This last storm was a perfect example of how this large scale pattern influenced our weather, even with a strong El Nino still in place. 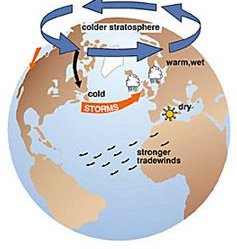 While temps are now expected to stay a little colder, closer to average, long term models still hint at a swing back to milder temps into January. While New Year's day looks chilly, it may not last too long.

Starting on January 5th, it looks like we've got about a 60% probability for milder than normal temperatures. And also for the winter weather enthusiasts, not much snow in the forecast. At this point there's only one chance for snow in the ten day forecast. But fear not, there's still plenty of winter left!