Clock is ticking on repairs to Port Washington Breakwaters 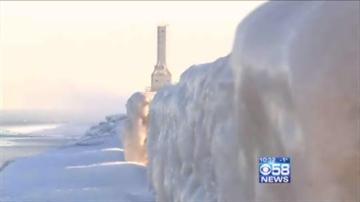 PORT WASHINGTON-After countless city meetings, letter to the governor, and a trip to Washington D.C., Port Washington is taking its deteriorating breakwaters into its own hands.

Although the breakwaters are federally owned, the mayor says the city has moved forward and bring its own plan on repairs to the table.

\"It's probably the worst winter we could have had asked for in terms of condition over all structurally,\" the mayor conceded. \"What will be it like in Spring? We don't know.\"

The city recently hired a couple of companies to do research on potential funding sources and designs for the $16 million in repairs.

James Meyer started a citizen group to drum up support and resources for the project.

\"When the warning signs went up in October,\" Meyer told CBS 58's John Cuoco, \"I think everyone went, uh oh, something is going on here that may have passed us by.\"

There's no timetable for when the project will be done. It will likely have to be done in phases.