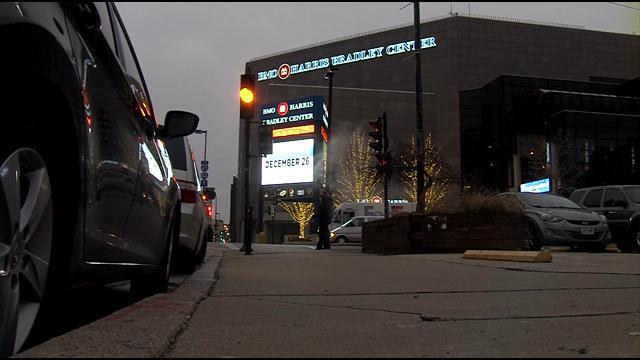 News of Governor Walker's plan to help finance a Milwaukee Bucks arena almost felt like a bailout to some Milwaukee-area lawmakers.
\"The governor stepped up to the three point line, took a shot and sank it,\" Alderman Joe Davis said Wednesday.


Davis says Walker's $220 million state bonding plan was a welcome offer after he says the City of Milwaukee failed to act.


\"The city should've stepped up and really gave some assurances to the new owners instead of going to meetings and saying that we're going to wait and see,\" Davis said.  \"We can complain about the state, but the state stepped up.\"

\"While sometimes we overlap in interest, like we all have an interest in seeing a new arena built, that doesn't mean we're all able to approve special financing or changes to statutes or rules,\" Alexander said.


The state legislature still needs to approve the proposal -- something both Davis and Alexander think will happen -- which leaves people asking where the arena will go.

\"As close to us as possible,\" Major Goolsby's manager Marty Petricca said.

Bars like Goolsby's, which rely on fans coming downtown, would prefer the arena built in a place like the Park East Corridor, just north of the BMO Harris Bradley Center.  Davis prefers that location.

Other options include building over the Journal Communications building on 4th and State or the UWM Panther Arena, which sits across State Street.  Alexander says an elected official shouldn't choose where to put an arena.
CBS-58 spoke with Park East Corridor leadership Wednesday about whether any new plans to locate the arena there popped up, but they referred all questions to the Bucks.  A team spokesman says they're making progress and will make an announcement in the near future.

\"We're kind of hanging on waiting for a decision and certainly it would be nice to know what we can start planning on ourselves,\" Petricca said.

City and county leaders agree the governor's action made the arena a reality.  Both Davis and Alexander say any future help from them needs to be tax free.

\"We had an opportunity to [have the city help with financing] and now that the state has stepped up, this is not a competition, it's about getting an arena built,\" Davis said.