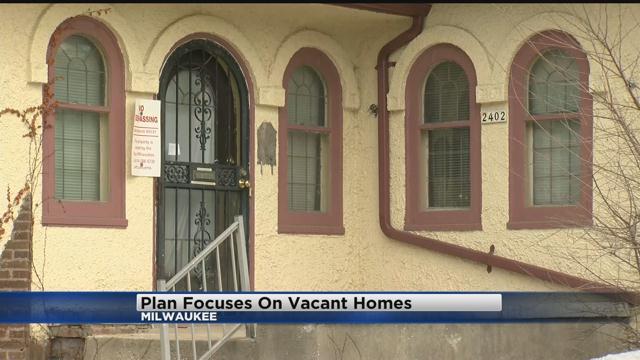 The push to rebuild or renovate parts of Milwaukee's Sherman Park neighborhood has been a big deal for city officials following this summer's unrest.

Now there are signs of progress from a few angles.

On the corner of West Burleigh and Sherman Boulevard the burnt-down BP gas station is still surrounded by fencing, but it looks like a vehicle had recently crashed into the space. A bumper rested on the ground near a knocked over gas pump.

Robert Carpure, who says he's a former employee there, looks at the run-down space and expresses hope that the owner will rebuild.

"When it all started you were inside the building?" CBS 58 reporter Jacob Kittilstad asked.

"I was inside, in the back stocking and I heard a lot of commotion," Carpure said.

"And sometimes I try to block it off because I do feel bad about my car that night. But I got over it," he said, speaking of his Black Chevrolet Cavalier burned during the unrest.

But rebuilding the spaces around the gas station might start first. On January 9th, city officials will meet with developers interested in buying and renovating tax foreclosed single-family and duplex homes.

Selected developers will need to buy five or more foreclosed properties, renovate them to meet building code standards, and hire at least one underemployed person to help complete the work.

In return they will get a $10,000 grant per home and the properties will cost just $1 apiece.

"Having the homes in circulation is a quadruple winner for the city because first and foremost we want families to live in these homes. Second, we don't want them to be a drain on city resources. Third, we don't want them to drive down the price of adjacent properties. And fourth, we want to make sure that there's no bad things going on," Mayor Tom Barrett said.

The initiative came together through the work of the Milwaukee Common Council and the Milwaukee Mayor's office. The effort uses state and city funding, Barrett said.

The properties must be between North 20th street and North 60th street from Lloyd Street to Capitol drive.

The BP gas station is right in the middle of that, where Robert keeps waiting for an update.

"The last time you talked to your boss he was interested in reopening?" CBS 58 reporter Jacob Kittilstad asked.

"Yeah, he is. He's going to re-open. He told me he was and I believe him," Carpure said.

A request for quotes from developers will be put out by the city of Milwaukee on January 6.