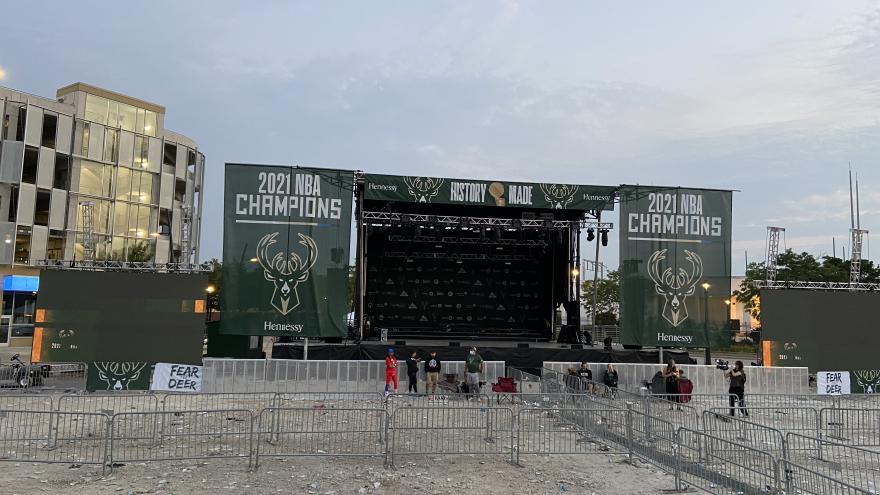 MILWAUKEE (CBS 58) -- It took 50 years for the Milwaukee Bucks to earn another NBA Championship. The last time the city celebrated a championship was 1971 when Kareem Abdul-Jabbar led the team to a championship.

Now, they'll celebrate this win with a parade and rally.

This celebration is expected to be large, as crowds packed the Deer District for watch parties all throughout the Bucks playoff run.

Preparations for the parade began Wednesday. Fencing was already up along Wisconsin Ave.

Kim Shine watched as more fencing was put up at the beginning of the parade on Wisconsin Ave and Prospect.

Fans already had chairs out to save their spot.

Following the parade, a party will take place in the Deer District.

A stage has been set up in the parking lot near 5th and McKinley. Some people arrived around 2 a.m. and camped out in front of the rally stage to get a good spot.

You can get more information on all of Today's Bucks celebrations, plus the full parade route here.