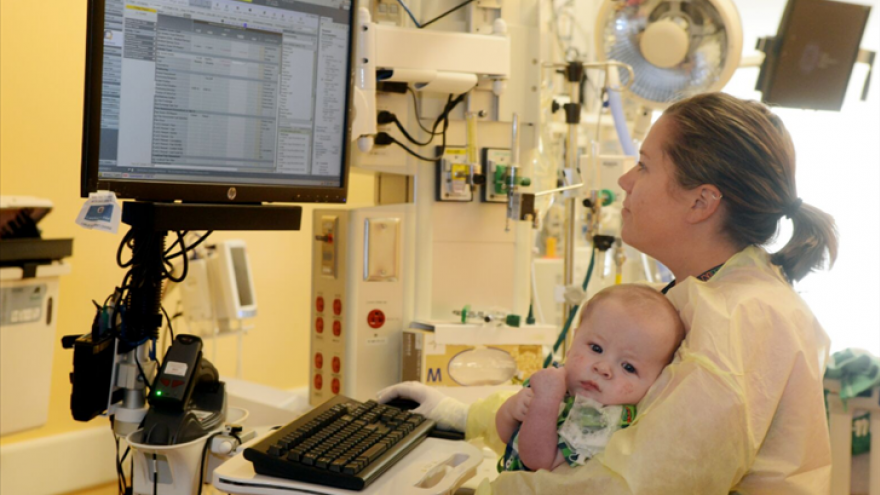 MILWAUKEE - Thomas was born in April not able to breathe. When doctors at Marshfield Clinic surprisingly determined he was born without a trachea, in consultation with Children’s doctors they performed emergency surgery to get air to his lungs and transferred him to Children’s Milwaukee campus.

Through a number of surgeries during the following months, doctors at Children’s Hospital of Wisconsin detached his esophagus from his stomach and connected it to his lungs to serve as his trachea. A stiff sleeve of synthetic material was precisely sewn to the esophagus to expand and strengthen the tube so it could function as Thomas’ wind pipe.

“I am proud to say I was part of Thomas’ care, but there were countless people involved in his care,” said Dr. John Densmore, a surgeon at Children’s Hospital of Wisconsin and professor at the Medical College of Wisconsin who coordinated the case. “The doctors in Marshfield where he was born did amazing work to stabilize Thomas. Once at Children’s Hospital of Wisconsin, the breadth and depth of expertise the hospital offers allowed us to create a treatment plan that will allow Thomas to breathe on his own.”

In the last one hundred years, less than 200 babies born without a trachea have been documented in medical literature. It is unknown exactly how uncommon the condition is, but the majority of babies die within hours of being born as they are unable to get air into their lungs.

That would have been the case for Thomas if not for a group of Wisconsin doctors who took extraordinary steps to save his life. He is now at home with his parents and recently attended his first hockey game to watch the Minnesota Wild.