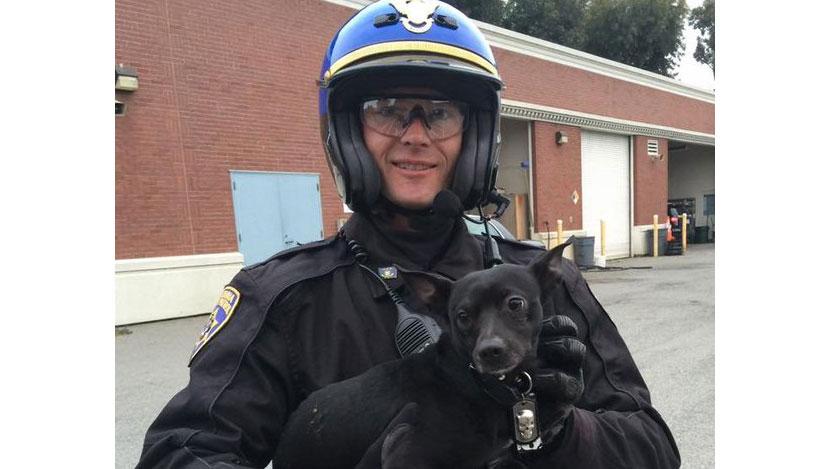 (CNN)The suspect, clad in black fur, was desperate to get away. The police officers chasing him were just as determined to make the collar.

He zigged. He zagged. He panted.
And in the end, the California Highway Patrol got their man -- er, dog.

The agency posted video of officers chasing down an errant Chihuahua in San Francisco on Sunday.
"High speed pursuit on the Bay Bridge this morning! One in custody. All are safe!" the agency posted.

Missing a chihuahua? Little guy led us on quite a chase this morning on the Bay Bridge. Pls contact if he's yours pic.twitter.com/sy1tGYJOuO

The pooch ended up at a San Francisco animal shelter, where workers nicknamed him Ponch, after Erik Estrada's character in 1977-1983 television motorcycle cop show "CHiPs."
"The little Bay Bridge dog is resting comfortably after his exciting morning and high speed chase," the shelter said Sunday on Twitter.
So far, no word on an owner. Despite a fancy chrome skull tag on his collar, the dog wasn't carrying any identification.
Officers didn't ticket the pooch for his traffic-jamming antics on the Bay Bridge.
"No we just gave him a verbal warning." the agency told an inquiring Twitter user. "It went something like this, 'woof, woof, WOOF!'"
Share this article: