Cell Phone Companies are charging more overages than ever 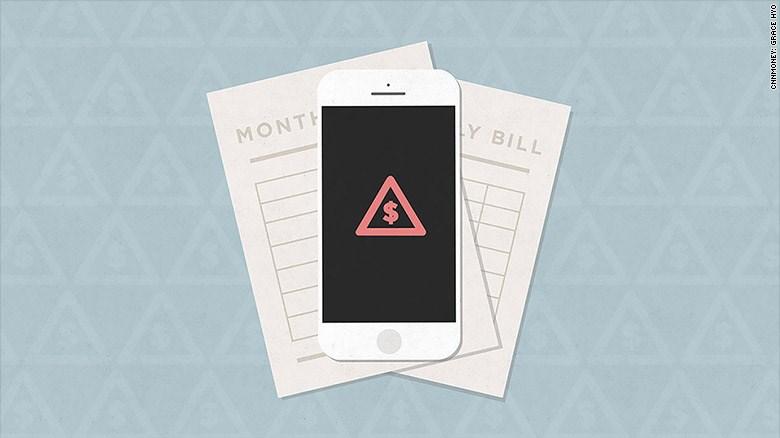 (CNN MONEY) Just when you thought cell phone companies were becoming more customer-friendly, they keep finding ways to get you.

Overage charges, already at record highs, are up yet again, according to a survey conducted by Cowen & Co.

Nearly one in five cell phone customers reported paying overages during the past six months. But AT&T continued to lead all of its rivals -- 28% of AT&T customers told Cowen & Co. that they were charged for overages, compared to 20% of Verizon customers, 12% of T-Mobile customers and 5% of Sprint customers.

That's up across the board from Cowen's survey in October -- which then showed overages were at record levels.

So what's behind such high data overage charges? The usual suspects are 4G connections, which let customers easily stream bandwidth-sucking video and music. Unsurprisingly, Cowen noted that customers with big-screened, media-playing 4G tablets were far more likely to be charged overages than customers who only had smartphones.

The wireless industry expects mobile data usage to double each year for the next several years, but many customers may be unaware that their data consumption is rising.

The rise in overages coincided with a growing number of customers bumping up their data plans to a higher tier. In the second half of 2015, 32% of Verizon customers and 24% of AT&T customers upped the amount of gigabytes they can download each month. That percentage is up for both carriers since the last survey.

That also bucked a trend for AT&T (T, Tech30). The percentage of AT&T customers who have bumped up their plans to a bigger bucket of data had fallen for four straight quarters. Cowen & Co. believes that was a result of AT&T not offering enough data tiers: It has a 2 GB plan for $30 a month; a 5 GB plan for $50 a month; or a 15 GB plan for $100 a month -- with nothing in between.

T-Mobile (TMUS) technically does not charge overages, though the carrier slows customers' speeds after they reach their monthly data allotment. T-Mobile allows its 5-GB-a-month customers to upgrade to an unlimited plan for just $10 extra.

Virtually all Sprint (S) customers are on unlimited data plans, but a small percentage are on tiered plans and reported paying overages recently.