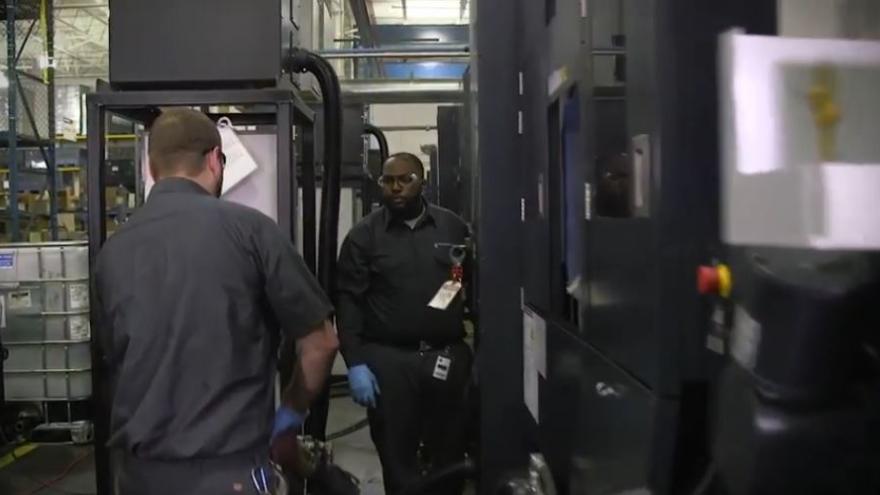 All the employees at Harrigan Solutions have served prison time, WUWM-FM reported.The Cedarburg company contracts with Harley-Davidson to service the machines that create motorcycle parts.

Company owner Bill Harrigan said he hopes to give former inmates a chance to show that they've changed.

"If you watch any racing, it's all about times, down to the seconds," Supervisor Brandon Sayre said. "We focus on the reduction of pit-times, meaning the down-time of the machine when we're servicing it. We make a competition out of it."

"It is friendly competition, but we're all pretty close here," he said. "We get pretty competitive, and it kind of makes it fun. Gives us a reason to work harder, work faster, work better."

The company also has a compliment board for good work, holds a weekly meeting to talk about employees' strengths and even has a banquet at the end of the year.

Harrigan said employees have told him that the work has changed how they view themselves and their future.

"That's incredibly motivating to someone who's never ... had anyone that has asked them what success looks like to them," he said. "Many people, this population, they're not even aware that they have strengths. So they all know what it's like to feel like nobody wants you, nobody cares, nobody thinks you have any potential."