MILWAUKEE (CBS 58) -- Thanks to the generosity from the Milwaukee community thousands of pounds of food and hundreds of turkeys will go to those in need ahead of the Thanksgiving holiday.

Sherrie Tussler with Hunger Task Force says 110,000 pounds of food and 620 turkeys were donated during the seventh annual Drive Thru Food Drive on Wednesday.

Donations were being accepted at Miller Park starting at 5:00 a.m. and continued all day until 6:00 p.m.

Although the food drive has wrapped up, you can still help. For more information on ways you can help fight hunger in southeast Wisconsin, please click here.

MILWAUKEE (CBS 58) – For the seventh year, CBS 58 is teaming up with The Brewers Community Foundation and Hunger Task Force to host the Thanksgiving Drive Thru Food Drive on Wednesday. 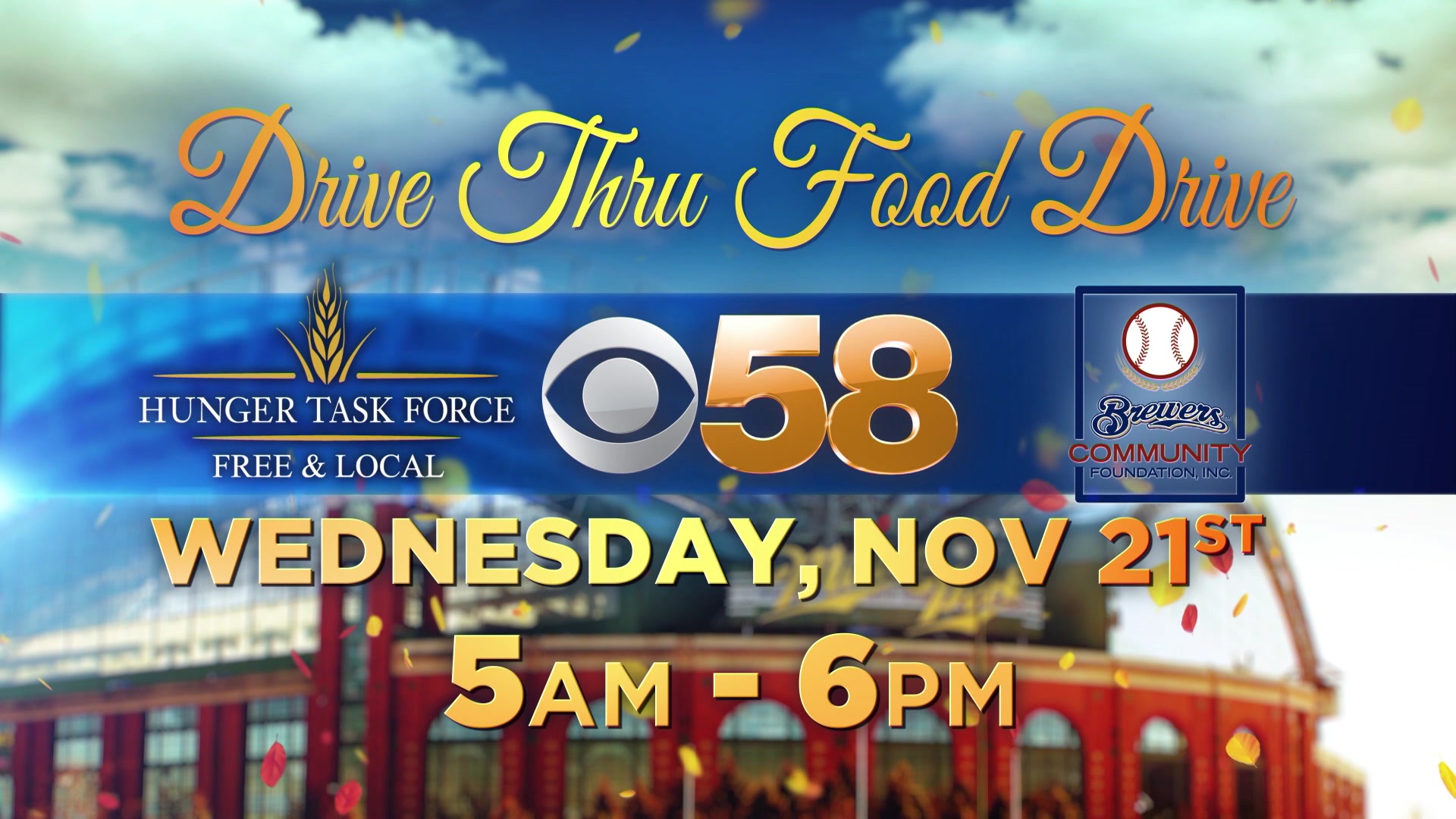 Donations can be dropped off at Helfaer Field from 5 a.m.-6 p.m.

“Turkeys are low this year,” said Sherrie Tussler with the Hunger Task Force. “So we’re going to be giving a special bobblehead to anyone that brings three turkeys.”

The special bobblehead is a “Game of Thrones” themed Corey Knebel bobble.

Other foods that will be accepted include low sodium vegetables and whole grain cereals.

The @CBS58 Drive-Thru Food Drive benefitting @hungertaskforce has become a tradition for many people in the community. It’s our 7th year! Donate at Miller Park. pic.twitter.com/k8d7Xz0Zxa

More information on the fundraiser can be found here.