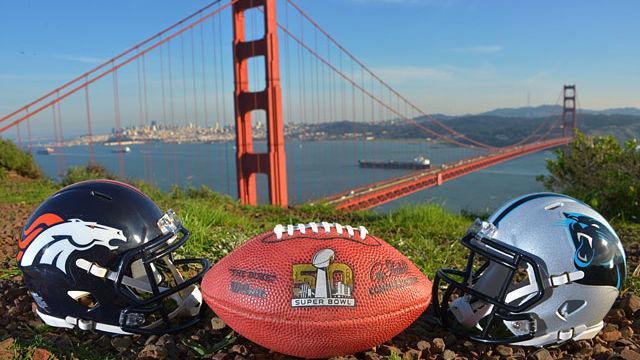 Well, we made it!! The media gates opened at 11:00 AM Pacific Time. The CBS 58 crew left their home in San Jose shortly after noon and only about 15 minutes of traffic was added to the trip right in front of the stadium.

As we got closer and closer to the stadium traffic increased and there were definitely more Broncos fans than Panthers fans walking in. Distance could have to do with it, or maybe Panthers fans just like to sleep in!

Security was obviously pronounced with multiple helicopters circling the field and Humvee with mounted guns. Besides security, plenty of protesters were around the loudest of which was the Westboro Baptist Church.

After winding our way to the stadium and finding the media area we were escorted through security with a hand pat down, metal detectors and then dogs sniffed through our camera equipment before scanning our media passes and entering through to the stadium.

Now it's time for the game!!