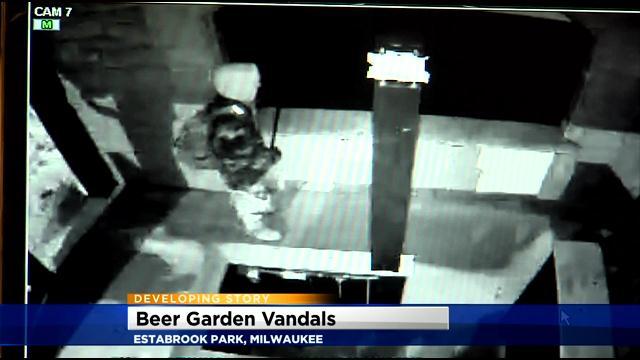 Estabrook Beer Garden is hoping someone can identify the two people who vandalized the garden's patio Wednesday night.

The vandals were caught on tape swinging a metal bar and smashing the wood of the patio. Manager Jon Clendenning said he was disturbed by the video.

\"It's just very upsetting to see how angry the two vandals were and how they looked like they had something personal against the beer garden,\" Clendenning said.

Estabrook Beer Garden is offering a $1000 reward to anyone who can help find the suspects.