Candidates spar over attack ads in debate for Ryan's seat 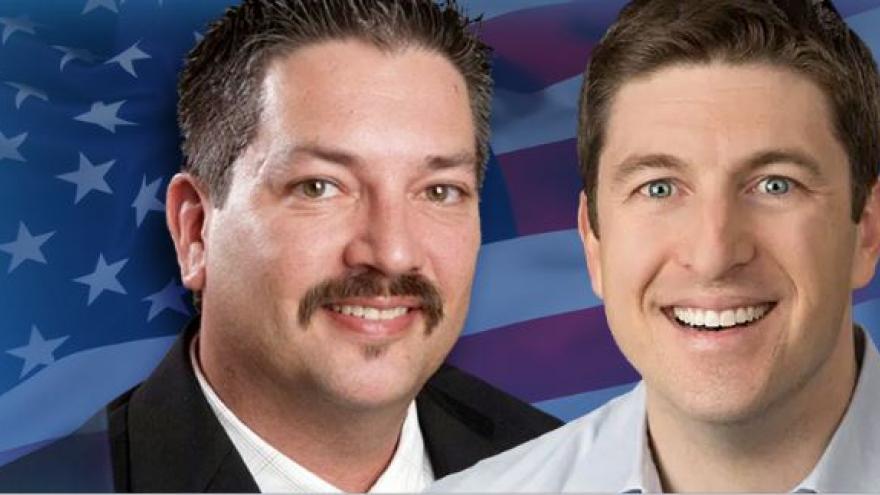 "Bryan, these ads are breaking my mom's heart. My son has to see these before he has to go to sleep," Bryce said in his opening remarks. "Tonight, you're not going to be able to hide between millions of dollars' worth of attack ads. We're going to have people that are going to have questions answered. Game on."

Steil portrayed Bryce as a liberal with radical ideas that do not mesh with voters in the 1st Congressional District.

"I think what we're going to hear tonight is a real contrast of ideas, between my opponent and I, and what direction we want to take our country," Steil said. "My background is solving problems."

The differences between Bryce, a Racine ironworker and union supporter, and Steil, a Ryan protégé and an attorney for a manufacturing company, showed in exchanges that occasionally became testy and personal.

"It just blows my mind, again, listening to a corporate attorney who helps outsource jobs from Wisconsin to other countries, talk about good-paying jobs here," Bryce said while discussing employee training in the state.

Said Steil, "I just find it a bit ironic how much you harp on the word 'attorney,' I can think of at least nine times where a law degree would have come in really handy," a reference to Bryce's record of nine arrests, first for drunken driving in 1998 and more recently for protesting Republican policies.

The candidates also argued about immigration, gun-control measures and several times over health care. Bryce backs "Medicare for all" because he said it would be more affordable for the country in the long run. Steil repeatedly criticized that idea, calling it a "$32 trillion government takeover of health care."

Ryan has held the seat for 20 years but announced in April he will not seek re-election.