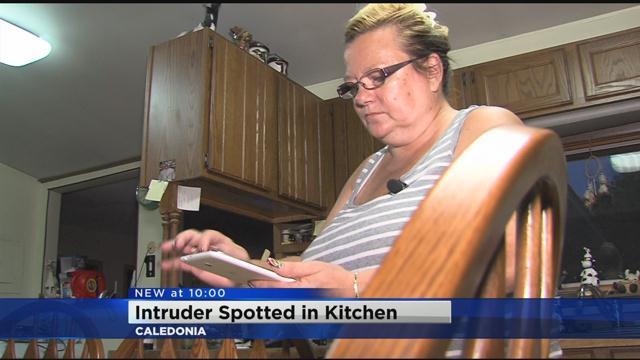 A Caledonia woman is shocked to find a strange man standing in her kitchen.

\"It happened so fast, I mean, I was like...I never had something like this happen to me before.\"

Jennie Stone was playing on her tablet in the kitchen at her home in the 10000 block of Root River Drive in Caledonia around 9 o'clock Sunday night. She heard the kitchen door open, peeked around the corner and was face to face with the man. He ran, while her dog chased after him. But, he was never caught.
The incident now has Jennie afraid to stay in her own home.

Jennie did not get a good description of the guy. A neighbor tells CBS 58 they've now bought guns to protect themselves after several incidents in their neighborhood. Police are reminding people to lock their doors and report anyone suspicious.