Businesses Offer 20% Off To Women For Equal Pay Day 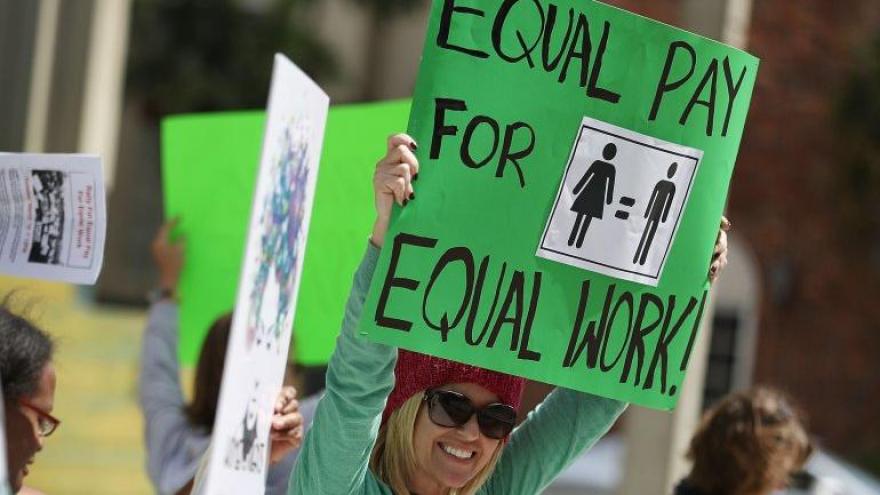 MIAMI (CBSMiami) — Tuesday marks Equal Pay Day, meaning on average women in the U.S. had to work on all of 2016 until now to catch up to what men earned last year.

Facebook’s Sheryl Sandberg said women in the same job earn about 20% less than men on average.

It’s something that has prompted some businesses around the nation to offer a 20% discount to women today. Companies participating include Lyft, Luna, P&G, Blo blow-dry-bar, Dishes for Dogs, ginnybake organics, Hiperfit, LOVJuice, Petals Box, Piononos, and SoBe Pilates.

While the discount is great for the day, Sandberg posted a message to the community urging women to get their 20% and close the gender pay gap. In a Facebook post she wrote,

“Today is Equal Pay Day. This means that on average, women in the United States had to work all of 2016 plus this far into 2017 to catch up to what men earned last year.
Women make up nearly half our workforce. They’re the primary breadwinners in more than 40% of American households with children—and in many families, they’re the only breadwinner. They work hard every day at every kind of work there is. Yet they’re still paid less than men. On average, women in the US are paid 20% less than men. When you break the pay gap down by race and ethnicity, black women are paid 37% less and Hispanic women are paid 46% less than white men.
The consequences are real and painful. If the pay gap were closed, the average working woman would earn over half a million dollars more in her lifetime. The number of working women living in poverty would be cut in half.
Every woman deserves to get paid what she’s worth. When women are paid less than men, it doesn’t just hurt women. It hurts our families, our businesses, and our communities. Equal pay affects all of us—and it will take all of us to fix it.”