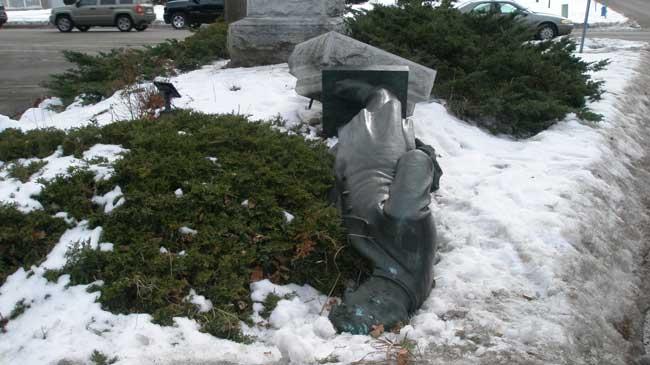 A 22-year-old Burlington man has been charged with felony criminal damage to property for ripping the Abraham Lincoln statue from its base at the Burlington Historical Society.

According to the criminal complaint, Jacob Hinds pulled down the statue with his pickup truck .

The pickup truck was a 1999 Chevrolet Silverado K1500, dark blue over tan. It had a “CHEVY Thunder” white sticker in the rear window.

A tow strap was found hanging out of the passenger’s side of the tailgate.

Two surveillance cameras captured the pickup truck back up to the statue and turn its lights off then turn them on and drive off. Statue was down when they drove off.