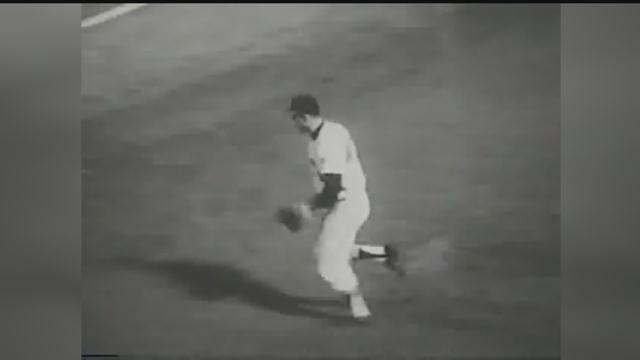 On the day, that we've learned the Bucks stay in Milwaukee is all but sealed in the future stone of a new stadium, we still look back. Fifty years ago former Milwaukee Braves switched home bases to Atlanta, leaving fans devastated.

"When I first heard it, I didn't believe it, it didn't seem possible, they had such good attendance, they had a terrific team. Never had a losing season, which is unprecedented in sports." Milwaukee Braves Historical Association president, Bob Buege said.

Players and diehard fans of the Milwaukee Braves honored the team in a banquet Tuesday night on the 50th anniversary of their last game in Milwaukee, September 22nd.

Keith Hunnekens remembers that last cheer at the county stadium. He was 11-years-old and baseball’s biggest fan, he has an old 1962 braves fan book to prove it. Hunnekens couldn't help but get emotional as a child.

"Tears were coming out of my eyes at that last game."

It wasn't just the fans, it was the players who were sad to say goodbye. Outfielder Frank Thomas signed autographs, regretting that day.

"It hurts, it hurts the people, and sports brings a lot of people together and it's terrible to leave," Thomas said.

It's something Bob Buege hopes the Bucks never forgets as they keep Milwaukee as home, for now

“It hurts the whole city, there's an economic impact and you just look differently at your city.”