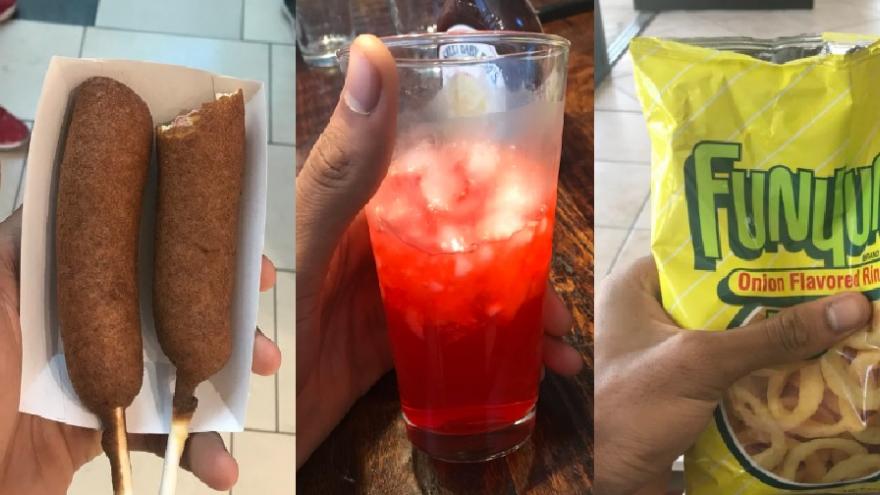 MILWAUKEE (CBS 58) -- Milwaukee Bucks star and the 30th highest paid athlete in the world is currently on an American food tour and documenting it all on Twitter.

It all started back in 2014 when Giannis tweeted that he had his first smoothie.

I just taste for the first time a smothie..MAN GOD BLESS AMERICA?

But in the past week Giannis has done a lot more food tweeting. First on June 4 Giannis made waves in the twitter world when he tried a corndog for the first time. Twitter was also freaking out about how small the corn dogs looked next to his fingers.

Wednesday night the Greek Freak tried American Red Kool Aid for the first time and said it was "extremely tasty."

On Thursday Giannis had his first bag of Funyuns (while getting a pedicure). He says he will stick to Cool Ranch Doritos.

While having my first pedicure in two years, I tried my first bag of Funyuns. They where good but I’ll stick to American Cool Ranch Doritos ✌?#AmericaStayBlessed #WhatsNextForTheFreak pic.twitter.com/ojiagExo3n

Giannis' food tour has not only intrigued Bucks fans and basketball, but has also received the attention of other food brands. The Wisconsin State Fair has offered to have him come try a Cream Puff and Chicago deep dish Lou Malnati's is offering him Chicago deep dish.

Hi, @Giannis_An34! We hear you're on a food tour of classic American foods. If deep dish isn't on the list, it definitely should be! We'd love to help you experience true Chicago pizza.

We heard you were trying new foods @Giannis_An34, and welcome you to the Fair in August to try an iconic Original Cream Puff! They've been a Wisconsin summer tradition since 1924. #FearTheDeer #TryThePuff pic.twitter.com/vSOPuzqdEl

What should be next on the Giannis American food tour? #WhatsNextForTheFreak