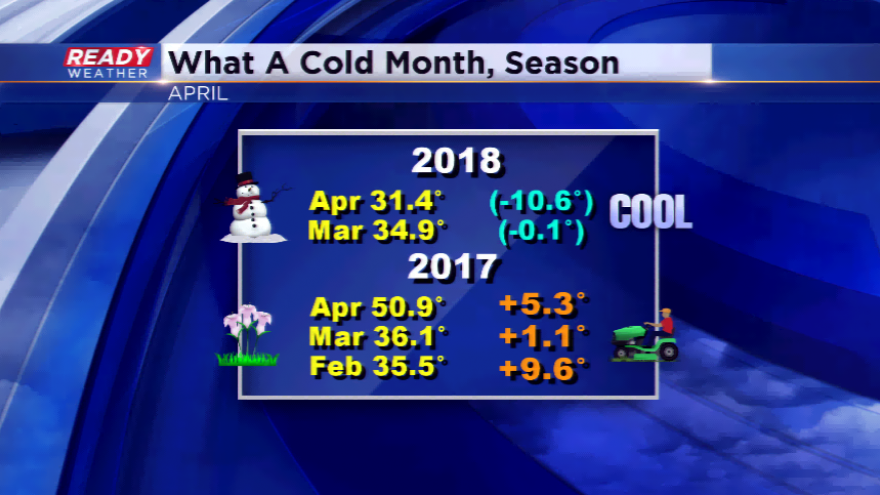 This April is reaching epic proportions now ranking in the top 10 coldest first weeks of April, ranked at six. Out of the first ten days of the month, only 2 days have jumped into the 40s, which is still well above normal. Starting yesterday, the average high was 52, and by the end of the month, the average high is supposed to be 59 degrees. We have YET to hit 50 this month! 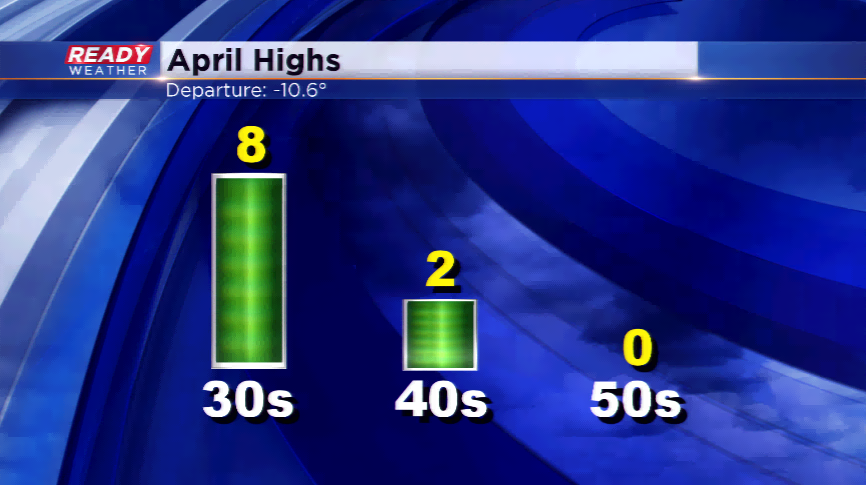 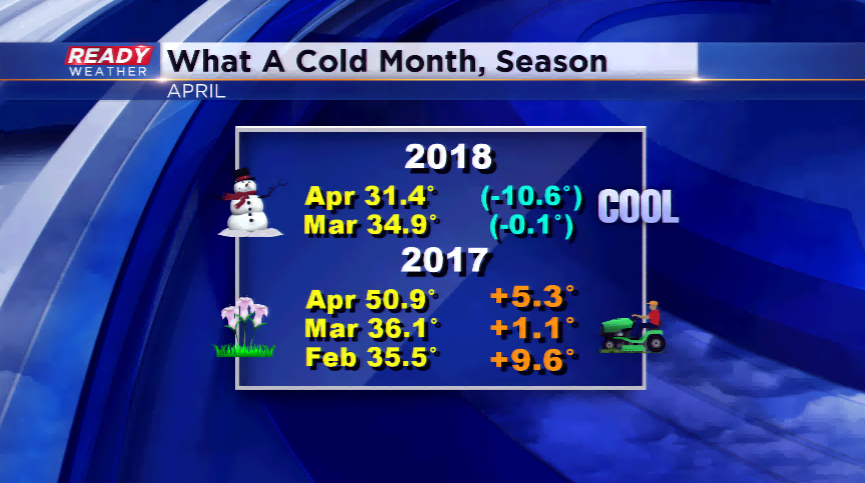 Guess what? The highs the rest of the work week should hit at least 50 degrees, and stay there. Don’t get used to the seasonal temperatures; we have a strong low pressure system that will bring more 40s, and even snow back in the forecast! 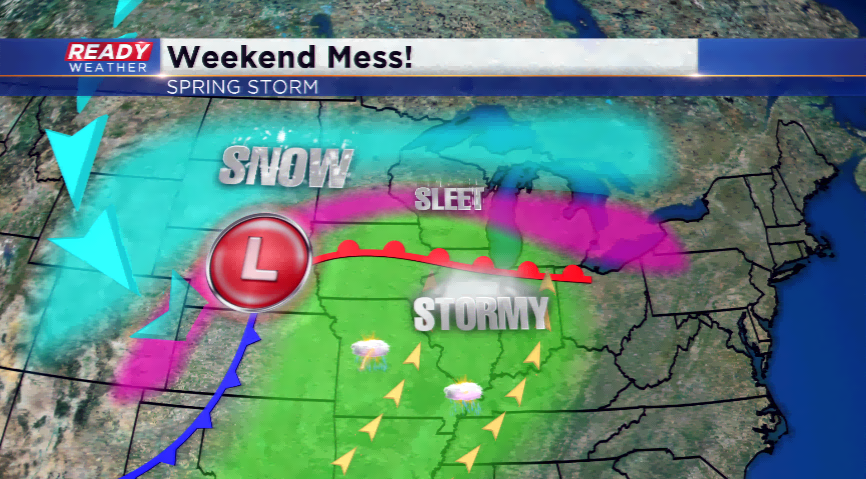