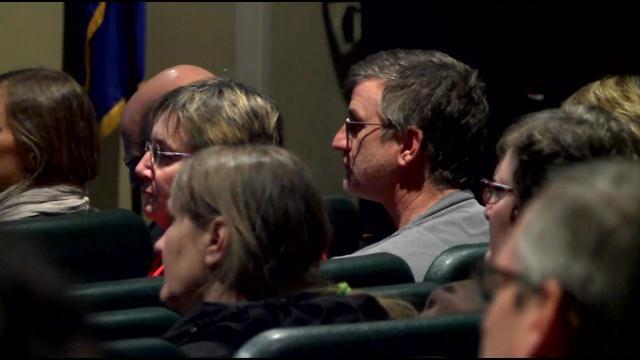 The young teens accused of having a sex party and recording it still have not been charged.
Last week,  the Brown Deer police department told us they're recommending sexual assault charges against four middle school students.

Which has many people asking, do you know what's on your child's smart phone?

Now it's important to note, this meeting was scheduled before this recent scandal took place. But it's still an important topic to be educated about.

Brown deer police tell us only 36 percent of parents look at what is on their children's cell phone but they say the more involved parents are the better.

\"Its very common to see this type of behavior across the country,\" said the chief of Brown Deer Police, Michael Kass.

Kass says he isn't surprised that teens from Brown Deer got into trouble with their cell phones but he hopes today's event will stop it from happening again.

\"Empower the parents. Let them know they control the device and can take control of the device,\" he said.

Parents we spoke with say...The presentation put tools in their hands to help them be more aware of their chilchildren'savior on line and on their devices.

\"I know I'm way out of touch with all the stuff that is out there available to the children,\" said parent Ginny Mike.

They were given  a walk thru of popular apps to look out for. Police also said 83 percent of teens text late at night so set up a time when the phones get taken away.

\"I just think those youthful indiscretions are really difficult to deal with but we have to help our students,\" she said.