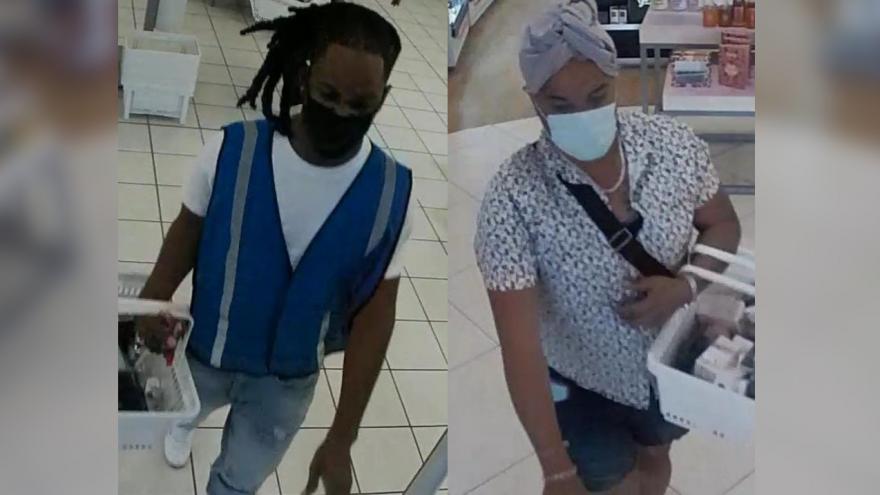 Police say it happened around 7:13 p.m. at the location on Bluemound Road.

They say two suspects entered the store, filled shopping carts with about $1,800 worth of fragrances and left in a black, four-door sedan with Illinois license plates -- possibly a Kia.

The first suspect is described as a Black male, about 6' tall, with shoulder-length dreadlocks pulled back in a ponytail.

The second suspect is described as a Black suspect, unknown gender, about 5'7" tall. Police say this suspect was also seen at the Mount Pleasant Ulta Beauty store earlier in the day, where they also stole merchandise.

To make an anonymous tip, contact Waukesha County Crime Stoppers by calling 1-888-441-5505, through the website at www.stopcrimewaukesha.com, or through the P3 phone app that can be downloaded through either the App Store or Google Play.