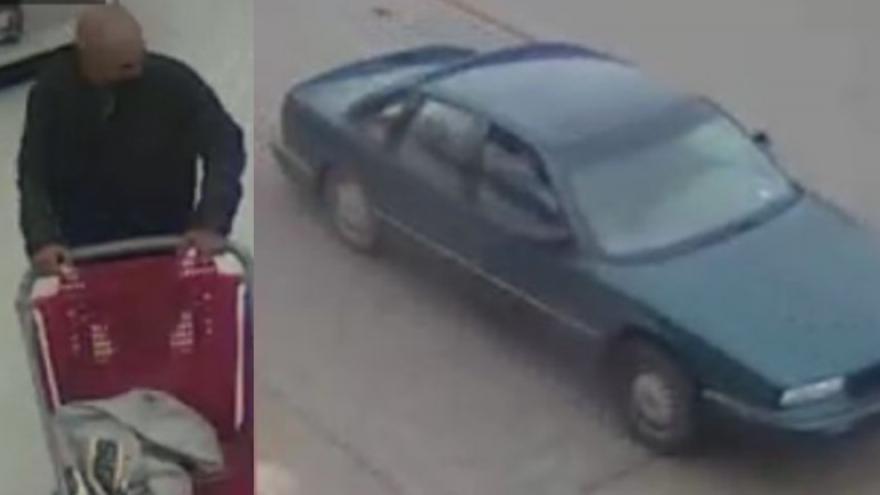 BROOKFIELD, Wis. (CBS 58) -- Brookfield police are looking for a suspect accused of stealing $1,300 worth of merchandise from Target on Saturday, Jan. 16.

Officials say it happened around 3:02 p.m. at the Target store located on Bluemound Road.

The suspect is accused of entering the store and selecting two Amazon Fire tablets and two Dyson vacuums while intentionally avoiding cameras.  Police say the suspect then exited the store using an emergency fire exit, and got into a waiting vehicle.

Authorities say the suspect is a known offender to Target stores in the Milwaukee area, but has not been identified.

The suspect vehicle is described as a blue, 4-door sedan -- possibly an older Buick -- with a noticeable sag to the rear.

Police say the driver of the vehicle is possibly a tall, skinny, white male.

Anyone with information is asked to contact Officer Gib Fairman at fairman@ci.brookfield.wi.us, referencing complaint number B21001488.

To make an anonymous tip, contact Waukesha County Crime Stoppers at 1-888-441-5505, through the website www.stopcrimewaukesha.com, or through the P3 phone app.